A look at the Protection of Freedoms Bill - No.1 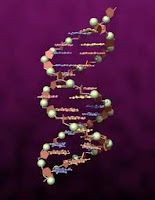 The government has put before Parliament the much heralded Protection of Freedoms Bill - see The Bill and Explanatory Notes.
The Bill has emerged as a result of the Coalition Agreement .  The "short title" of the Bill perhaps owes much to political rhetoric but the Bill seeks to amend a number of aspects of the law which have proved to be controversial.  The Bill is in 7 Parts (see below).  This post takes a look at Parts 1 and 7 of the Bill.
Parts of the Bill:
Part 7
Part 7 contains two relatively straightforward provisions.  Clause 99 simply repeals the Criminal Justice Act 2003 section 43 which provides for non-jury trial in certain serious fraud offences.  The idea of abolishing jury trial for such cases goes back to the Fraud Trials Committee Report of 1986 (the "Roskill Report") which recommended a Fraud Trials Tribunal.  Section 43 of the 2003 Act was never implemented and its passing will not be mourned by those who favour jury trial.  Nevertheless, the complexities and length of certain of those trials will continue to be a problem for most jurors.  Clause 100 removes restrictions on the times during which marriages and civil partnerships may take place.  This will be a welcome amendment to the law.  It appears that government is planning to alter the law to permit same-sex marriage - see Telegraph 12th February.  Those proposals are likely to be very controversial given that they cut across the long-standing legal notion and belief of many religions that marriage is the union of a man and woman.  However, those proposals are awaited and are not part of this Bill.
Part 1
Part 1 deals with the thorny subject of destruction, retention and use of fingerprints, footwear impressions  and DNA samples/profiles taken during investigation into crime.  The existing rules are in the Police and Criminal Evidence Act 1984 Part 5.  At present, fingerprints and DNA profiles taken from a person arrested for, charged with or convicted of a RECORDABLE offence may be retained indefinitely.  This scheme was criticised by the European Court of Human Rights Grand Chamber in S and Marper v U.K. 2008.  In the Crime and Security Act 2010, provision was made for amendments to the scheme but those provisions have not been implemented.  (Nevertheless, their enactment probably sent a message to the Council of Europe that the UK was doing something about the Marper judgment).  The following Table shows the current position, the position in Scotland and the position as it will be if the Protection of Freedoms Bill becomes law.
* Destruction of DNA profiles and biological samples is available under ‘exceptional circumstances’. This requires an application to the Chief Constable of the relevant police force; removal from the database is then at his/her discretion in accordance with guidelines issued by the Association of Chief Police Officers - (referred to as Exceptional Case Procedure - see Appendix 2 here).
† In all cases, a speculative search of the DNA and fingerprint databases may be conducted before destruction.
As can be seen, the planned amendments to the law go a considerable way to meeting the objection to the retention of this data that it was, in effect, failing to treat those never charged or never convicted as if they had been found guilty by the courts - (effectively a database of suspects - "no smoke without fire").  The marked contrast between the regime in England and Wales and that in Scotland was a point especially noted by the court in Marper and this is, in the main, addressed.  It also appears that the need to have an "exceptional case procedure" will disappear.  Leaving the matter entirely to a Chief Constable's discretion is hardly satisfactory.

It is a pity that, in a Bill entitled Protection of Freedoms, the opportunity has not been seized to place the National DNA Database on a statutory basis and to set out in law the arrangements for its management and the uses to which stored data may be put.  The need for such legislation was set out in "Nothing to Hide, Nothing to Fear" by the Human Genetics Commission Report of November 2009.  Although this document is 114 pages it is well worth reading for a fuller understanding of the many issues arising in this area.
For an overview of the Bill see "MAGNA CARTA UNFAZED" - by Dr Cian Murphy - Lecturer in law at King's College, London.
S and Marper v UK - Head of Legal Blog - 4th December 2008