Even more fisticuffs with Europe is likely ... whole life tariffs for murder under challenge 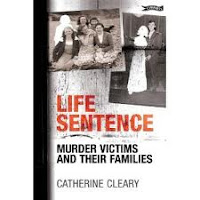 The Press Association (26th February) - "Killers contest whole life tariff" - is the claim being made in the European Court of Human Rights by three men - Jeremy Bamber, Peter Moore and Douglas Vinter - who are serving "whole life tariffs" for murder.  In English law, a sentence of life imprisonment is the mandatory sentence for a person convicted of murder.  (This has been the position since 1965 when the death penalty for murder was abolished).  When sentencing an individual, the judiciary determine a "tariff" which is the time to be served before the individual becomes eligible to be considered by the Parole Board for release on licence.   A small number of prisoners are serving "whole life tariffs."  In a recent case (Coonan) the Appeal (Criminal Division) insisted that a whole life tariff was appropriate in the case of Peter Coonan (formerly Sutcliffe).

In the case of present day offenders, tariffs are governed by the Criminal Justice Act 2003 Schedule 21.   However, Schedule 22 applies to sentencing to the mandatory life sentence after 18th December 2003 where the offence was committed before that date.  It should be noted that there is a separate power under which the Secretary of State may release a prisoner on compassionate grounds.

It would be hard to think of any issue more likely to bring the present U.K. government on to a collision course with Strasbourg and there is little doubt that, for the very worst murder cases, the British public would side with the government in opposition to any decision to rule out the whole life tariff.  Such a schism might well prove to be injurious to longer term human rights protection in the U.K.

Addendum:  In 2002 the Criminal Cases Review Commission referred Jeremy Bamber's case to the Court of Appeal (Criminal Division).  The trigger for the appeal was new scientific evidence but further grounds of appeal were added.  The court's judgment may be read here.