Glasgow, 22nd December 2014.  A bin lorry driven by Mr Henry Clarke (aged 58) went out of control and killed six people.  A Fatal Accidents Inquiry was held under the Fatal Accidents and Sudden Deaths Inquiry (Scotland) Act 1976.  (Scotland does not have Coroners).  The Inquiry took place in the Glasgow and Strathkelvin Sheriff Court before Sheriff John Beckett QC and a report was issued in December 2015.  Two of the determinations were:-

"The cause of the accident resulting in the deaths ..... was the loss of control of Glasgow City Council bin lorry ..... by its driver, Henry Campbell Clarke, while he was driving northwards on Queen Street, as a result of which the lorry mounted the pavement on the west side of Queen Street and collided with a number of pedestrians.


Mr Clarke lost control of the lorry when he suffered an episode of neurocardiogenic syncope whereby he temporarily lost consciousness so that he was unable to control the movement and direction of the lorry."

The Guardian 25th January reported the views of Anne Longfield (The Children's Commissioner for England and Wales) as expressed in a brief interview on BBC Radio TODAY programme - Call to review the Burden of Proof in child sex abuse cases.

Given the content of the interview, the Guardian headline should refer to Standard of Proof and not Burden.  In a criminal trial. the prosecution bears the burden of proof.  The standard of proof in a criminal case is "beyond a reasonable doubt" or, as it is often put in more modern terms, so that the jury is "sure" of guilt.  Nothing the Commissioner said in the interview suggests altering the burden of proof but she commented that the reasonable doubt standard (criminal cases) "sharply contrasted to the" balance of probability standard applicable to civil cases.  The Commissioner called for consideration of the level of evidence needed to get a case to court.  This may - it was not clear - have been a reference to the test required by the Crown Prosecution Service (CPS) Full Code Test which is that that there must be "sufficient evidence to provide a realistic prospect of conviction."  (See footnote)

Crackdown on "spurious" claims against the government!

The Prime Minister is seeking a crackdown on what he describes as "spurious" military legal claims - BBC News 22nd January 2016.  Reportedly, the National Security Council has been tasked with drawing up plans to achieve this.  Ideas being mentioned include restricting "no win: no fee" (conditional fee agreements); restrictions on legal aid and even "suspending" human rights law in relation to British Forces operations abroad.  Despite all of this, the Iraq Historical Allegations Team (IHAT) process is to continue and has under investigation some 280 claims against UK veterans.  It may be that keeping the IHAT process running prevents involvement by the International Criminal Court (ICC).  Also, investigations against military personnel involved in the "troubles" of Northern Ireland are continuing - for example Telegraph 10th November 2015.

On 6th January, following an article by Colonel Richard Kemp in the Daily Mail, I posted in some detail about Prosecuting War Heroes.

Force by householders against intruders

R v Saw [2009] EWCA Crim 1  was concerned with sentencing for burglary of homes.  The Lord Chief Justice (then Lord Judge) said - " ..... burglary of a home is a serious criminal offence,  The principle which must be grasped is that when we speak of dwelling house burglary, we are considering not only an offence against property, which it is, but also, and often more alarmingly and distressingly, an offence against the person".

It is hardly surprising that, in some instances, householders have used force to deal with intrusion into their homes but this may result in prosecution of the householder.   In such prosecutions the householder is likely to invoke - (a) self defence at common law; or (b) Criminal Law Act 1967 section 3(1) - "Use of force in prevention of crime or making arrest."  The Criminal Law Act 1967 states that - "A person may use such force as is reasonable in the circumstances in the prevention of crime, or in effecting or assisting in the lawful arrest of offenders or suspected offenders or of persons unlawfully at large."

The Inquiry into the death of Litvinenko has now reported - Litvinenko Inquiry.

The report , by Sir Robert Owen (retired High Court Judge and the Inquiry Chairman), is detailed and extends to 329 pages.  Alexander Valterovich Litvinenko died on 23rd November 2006 in London.  He had been poisoned by Polonium 210.  Sir Robert concluded that the death was neither accidental nor suicide but that Mr Litvinenko had been poisoned by a Mr Andrey Lugovoy who was probably acting under the direction of the Russian State Security (the FSB).  Sir Robert went on to add that the FSB operation was probably approved by a Mr Nikolai Patrushev (Director of the FSB 1999-2008) and President Putin. Whether any diplomatic (or other) repercussions arise from these findings remains to be seen.

Statement by Home Secretary Theresa May to the House of Commons

Posted by ObiterJ at Thursday, January 21, 2016 No comments:

David Miranda case at the Court of Appeal

It is now 6 years since the first post on this blog and I hope to continue observing some of the things happening within and to our law.  It has certainly been an interesting 6 years and I am sure that much of interest lies ahead.

The David Miranda case reached the Court of Appeal (Civil Division) and judgment was handed down today - R (Miranda) v Secretary of State for the Home Department [2016] EWCA Civ 6.  This case arose from the detention of Mr Miranda by officers of the Metropolitan Police at Heathrow Airport on 18 August 2013, purportedly under paragraph 2(1) of Schedule 7 to the Terrorism Act 2000. He was questioned and items in his possession, notably encrypted storage devices, were taken from him.  See The Guardian article 19th January by Owen Bowcott.

Lord Janner ~ Criminal proceedings are at an end

At a hearing before Mr Justice Openshaw, it has been accepted by the Crown Prosecution Service that criminal proceedings against the late Lord Janner are at an end - Statement from the Crown Prosecution Service (CPS) 15th January 2016.  This is entirely in line with the long-standing and basic rule of criminal law that proceedings end with the death of the accused individual.  In fairness to the CPS, the court would have required formal evidence of the death though it is unclear why this could not have been presented earlier.  The CPS statement also states:

"In April 2015, the Director of Public Prosecutions commissioned an independent inquiry into the handling of past allegations of sexual abuse by Greville Janner. Now that criminal proceedings have concluded, we will publish the findings of Sir Richard Henriques’ inquiry at the earliest opportunity."  When this inquiry was announced it was said by the CPS that it was to be held in order to maintain public confidence in the administration of justice and to seek to learn appropriate lessons.

In a previous post about Janner of 21st December 2015, it was commented:

Modernising the Rules on Unfitness to Plead

The Law Commission wishes to see new rules relating to Unfitness to Plead - a matter that became very topical when Lord Janner was prosecuted in 2015 for alleged sexual offences - (previous post).  Janner died in late 2015.

Law Commission -  Modernising the Rules on Unfitness to Plead

The Commission states that:

"A new test is needed to establish who is unfit to plead. The existing rules for deciding whether a defendant is unfit to participate in a criminal trial – and what the courts should do if they are not – are out of date, misunderstood and inconsistently applied.

The report contains a number of observations which give rise to concern for the state of justice.  For example, the Lord Chief Justice states that:

"Our system of justice has become unaffordable to most.  In consequence there has been a considerable increase in litigants in person for whom our current court system is not really designed."

This observation will come as no surprise to those who have followed events since the the Legal Aid, Sentencing and Punishment of Offenders Act 2012 (LASPO) removed much civil legal aid.  The legal aid provisions in LASPO came into force almost three years ago in April 2013. Reforms to the civil court system are now being considered - see Civil Courts Structure Review

The interim report by Lord Justice Briggs on the civil courts has been published today - Civil Courts Structure Review: Interim Report.   The report seems likely to have very far-reaching implications.  Comments are invited in writing by the end of February 2016; ahead of further consultation on, and consideration of, issues ahead of preparing the final Review report by the end of July 2016.

Perhaps the most far-reaching recommendation in the Interim report is that relating to the creation of an ONLINE COURT.   The report comments that:


The law of precedent is a notable feature of common law judicial decisions.  Decisions on the law handed down by the House of Lords / Supreme Court of the U.K. are binding upon all courts below (i.e. Court of Appeal, High Court etc).  It is the decision on the law that is binding - the ratio decidendi (or, simply, ratio).  Decisions of the Judicial Committee of the Privy Council are not technically binding on the courts of England and Wales but they are said to be "persuasive".

In the recent case of Willers v Gubay [2015] EWHC 1315, Miss Amanda Tipples QC (sitting as a High Court Judge in the Chancery Division) amplified the position regarding precedent at para 15: 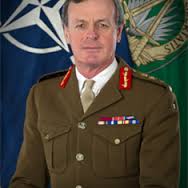 Daily Mail 5th January 2016 published an article by Colonel Richard Kemp.- What other country would pay lawyers to persecute its own war heroes?  Colonel Kemp is a retired Army Officer who had a distinguished military career including tours of duty commanding troops in operational theatres such as Afghanistan - Wikipedia Colonel Richard Kemp CBE.

Whilst there are points in the Kemp article with which issue could be taken, matters of considerable concern are raised and they ought not to be lightly dismissed as some sort of Daily Mail anti-human rights diatribe.  (Regrettably, the newspaper does have a tendency to use certain decisions of the courts - especially the European Court of Human Rights - to try to ridicule the whole of human rights law.  There has been little to no attempt by this newspaper to offer readers a more balanced view and there is little doubt that, in practice in many areas of law, human rights law has been beneficial to citizens.)

Background to the article:

*** A Happy New Year to all readers *** - Looking forward: Looking back

2016 promises to be an interesting year during which the government should be publishing its long-awaited plans for human rights in the United Kingdom.  A New Year should be a time for hope but I am not a believer in either fairy tales or benevolent government (even one in a modern democracy)!  I do not expect this government's plans to fill me with enthusiasm though I may be pleasantly surprised.  Release of the plans has been delayed because, as Mr Gove informed the House of Lords Constitution Committee, the government is considering what role (if any) the Supreme Court might play.   A previous post noted: