This blog commenced over 11 years ago on 14 January 2010 - (A new blog).  The aim was that the blog would throw at least a little light on the laws which govern us and the lawyers who implement those laws. I hope that, at least in some way, that objective has been achieved and that I have spoken for fairness (Pro Aequitate Dicere). As I write, the blog has published 2234 posts and has received 2,877,077 pageviews. I think those are reasonably respectable figures for an individual blog and I am grateful to the many who have shown interest and offered comment.

There is much to be done in the legal world and 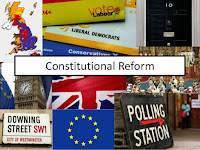 It is frequently argued that the United Kingdom ought to have a codified ("written-down") constitution. For example, here is an earlier look at this question (post 28 November 2019).
The UK's constitutional arrangements are a product of history and the arrangements have to be divined from a complex mixture of common law, legislation, and practices (or conventions) generally accepted by those who exercise powers within the system. There is no single starting-point document labelled "The Constitution".
In Cherry / Miller 2 [2019] UKSC 41, Lady Hale said (para 39) - "Although the United Kingdom does not have a single document entitled "The Constitution", it nevertheless possesses a Constitution, established over the course of our history by common law, statutes, conventions and practice."
That is all very well but, for the majority of citizens, the arrangements are shrouded in mystery rather like the arcane learnings and rituals of some ancient religion. There is an impression that only the "high priests of the constitution " (mainly constitutional lawyers) can have any true understanding of the labyrinthine puzzles thrown up by the existing arrangements.
A codified
Continued ...
Posted by ObiterJ at Wednesday, August 18, 2021 No comments: 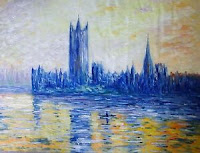 Parliament is the UK's supreme legal authority. Parliament's website sets out the principle -

"Parliamentary sovereignty is a principle of the UK constitution. It makes Parliament the supreme legal authority in the UK which can create or end any law ....."

There are good grounds to question the legal basis for the "often accepted without question" Diceyan view of parliamentary sovereignty but, for the purposes of this post, let us adopt the stance that parliament has legislative supremacy. [See this article on the Constitutional Law Group blog].

The word "sovereignty" has different meanings - (discussed at Watching the Law October 2020).  The term "Parliamentary Sovereignty" refers to the point that Parliament has legislative supremacy - that is, the power to make any law whatever. Further, no person or body is recognised by the law as having a right to override or set aside the legislation of Parliament.

"For Parliament to have legitimacy, it must be elected. The House of Lords should be a fully elected second chamber" - Unlock democracy

During the Brexit campaign there was a common complaint that the European Union had a democratic deficit - see, for example, EU facts behind claims: democracy and Civitas - Democracy in the EU (pdf).

Such concerns are usually levelled at either the "unelected" Commission in Brussels or at the European Parliament which is elected by the voters in the Member States but only has the powers given to it by the European Treaties.

Critics of the EU

A villain in the constitution

103 years ago, Parliament enacted the Representation of the People Act 1918.  The Act extended the franchise in Parliamentary elections to men over age 21, whether or not they owned property, and to women aged over 30 who resided in the constituency or occupied land or premises with rateable value of £5 or above, or whose husbands did.
The Act (section 20) also contained provision for Commissioners to prepare a scheme under which "as nearly as possible one hundred members shall be elected to the House of Commons at a general election on the principle of proportional representation ..."  A single transferable vote system was envisaged. In the event, the scheme was never set up and, ever since, the UK has continued with "first past the post" (FPTP) elections for the House of Commons.
First past the post undoubtedly has its supporters
Continued ...
Posted by ObiterJ at Sunday, August 15, 2021 No comments:

The Mark Duggan case ~ a recent report by Forensic Architecture

Questions continue to be raised about the August 2011 shooting in London of Mark Duggan. On 26 May 2021, the Independent Office for Police Conduct (IOPC), refused a request by "Forensic Architecture" to reopen the investigation by its predecessor (the Independent Police Complaints Commission - IPCC) into the shooting of Mark Duggan on 4 August 2011 - see IOPC letter to Forensic Architecture.

Here is a "catch-up" on a number of ongoing inquiries -

Independent Inquiry Child Sexual Abuse - website - set up 7 July 2014 but reconstituted in February 2015 as a statutory inquiry under the Inquiries Act 2005 - Since 11 August 2016, chaired by Professor Alexis Jay. The inquiry has issued several investigation reports as well as an Interim Report to Parliament (April 2018).  The Inquiry website states 'although our programme of public hearings is now complete, work is ongoing and all information gathered with inform the Chair and Panel's recommendations in the Inquiry's Final Report.'

A number of interesting articles have been published recently about the Dissolution and Calling of Parliament Bill and the Judicial Review and Courts Bill.

Dissolution and Calling of Parliament Bill:

This is a government bill introduced to repeal the Fixed-term Parliaments Act 2011 and to "revive" the former prerogative power to dissolve Parliament so that a Prime Minister will be able to "call" a general election at any time. It appears that the revived power will exist in law only because of the new Act. The power will not be justiciable in the courts.  See the House of Commons Library briefing