In a speech to the Pearce Institute in Glasgow, Nicola Sturgeon (First Minister of Scotland and Leader of the Scottish National Party) spoke of the British government's plans to "scrap the Human Rights Act."  She said:

"When Lord Bingham spoke at Liberty’s 75th anniversary in 2009, he posed these questions: “Which of these rights would we wish to discard? Are any of them trivial, superfluous, unnecessary?”

Those questions have never been answered – certainly not by the UK Government. And of course, that’s because these rights matter to all of us. They should be founding principles of any civilised society.

The Independent 23rd September  quoted Nicola Sturgeon (First Minister of Scotland and Leader of the Scottish National Party) as saying that:

“Responsibility for the Human Rights Act rests solely with the Westminster parliament, but European Convention rights are embedded into the devolution settlement and human rights itself is a devolved issue ...... That means that any attempt to repeal or amend the Human Rights Act is likely to require the legislative consent of the Scottish Parliament ..... It is inconceivable – given the breadth of the support which the Human Rights Act commands across the Scottish Parliament – that such consent would be granted. The Scottish Government will certainly advocate that it is not granted ..... The Scottish Government will also oppose any weakening of human rights protections – not just in Scotland, but across the whole of the UK. Human rights, after all, are not English, Scottish, Welsh or Northern Irish rights. They are universal rights."  (Here is the First Minister's full speech).

Whether consent would be required for repeal of the Human Rights Act (HRA) depends both on law and on an important aspect of the devolution settlement known as the Sewel Convention.

Justice of the Supreme Court, Lord Sumption, was interviewed by the Evening Standard (ES) - "Rush for Gender Equality with top judges could have appalling consequences for justice."  This post touches upon two aspects of the interview: (a) Gender within the judiciary and (b) Human Rights.  The interview (and I assume here that the ES report of it is accurate) created quite a stir and the Supreme Court issued a statement informing us that - "Some of Lord Sumption's comments appear to have been misunderstood" and referring us to a speech he gave in November 2012  in which his position is set out in detail.  The speech should certainly be read in full.

The case of former Royal Marine Sergeant Alexander Blackman has again come into the news.  He was sentenced by the Court Martial to life imprisonment for the murder of an already wounded Taliban fighter.  His case was debated in Parliament (Westminster Hall) on Wednesday 16th September.  Material has come to light which was not presented to the Court Martial and may at least have the effect of reducing the offence to one of manslaughter due to diminished responsibility.    The Court Martial imposed a minimum term before eligibility for parole of 10 years but this was reduced to 8 years by the Court Martial Appeal Court.  Given the new material, the Daily Mail is campaigning to have the case considered by the Criminal Cases Review Commission.  The Commission has the power to refer the case to the Court Martial Appeal Court.

Death by Drone ~ Concerns and questions.

The British government decided that Reyaad Khan (a British citizen linked to ISIS) presented such a threat to the safety of British citizens within the UK that it was necessary to kill him by means of a drone strike.  At the time, Khan was in Syria. The government claims that this was lawful - see Prime Minister's statement to the House of Commons.  In a previous post, I reached the tentative conclusion that the killing may be lawful BUT everything would depend on ALL the detailed facts.  National security prevents us knowing those facts.

The use of drones to carry out targeted killings has attracted a considerable degree of analysis and critical comment particularly in relation to operations conducted by the United States of America.  Despite numerous concerns and questions, it has not been declared unlawful in all circumstances.  The following is a necessarily brief look at some of the reports presented to the United Nations.

Reyaad Khan: The U.K. government's letter to the United Nations

Article 51 of the United Nations (UN) Charter requires that self-defensive actions are reported immediately to the UN.  Thanks to Carl Gardner and the Head of Legal Blog for highlighting the UK's letter to the President of the Security Council - see Head of Legal 10th September 2015.

In his statement to Parliament, the Prime Minister said that the government acted in defence of the United Kingdom when the drone strike was ordered against Reyaad Khan in Syria - please also see post of 9th September.  The U.N. Charter Article 51 requires that such self-defensive actions be reported immediately to the United Nations and here is a link to the UK's letter:

It has been suggested in some comments on social media and elsewhere that authorisations under the Intelligence Services Act 1994 section 7 were issued in connection with the air strike against the individuals killed in Iraq - Previous Post 9th September 2015.

For reasons of national security minimal information about this engagement has been released by the government and we will not be informed whether section 7 came into play or not.  The Prime Minister's statement to Parliament informs us that the strike was conducted by the Royal Air Force.  The Attorney-General advised the government; the threat was identified by the Intelligence Service; the National Security Council met and the Defence Secretary authorised the action.  In this context, the Prime Minister's use of the word "authorised" seems to simply mean that the Defence Secretary gave the go ahead to it as a military operation. 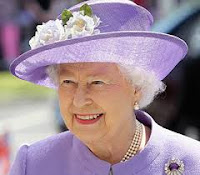 Today - 9th September - is the day Her Majesty The Queen becomes the longest reigning Monarch - The Telegraph 9th September.


The Queen inherited on 6th February 1952 upon the death of her father King George VI.   Please see the post I wrote for the Diamond Jubilee in 2012.   The longest reigns in British history


Posted by ObiterJ at Wednesday, September 09, 2015 No comments:

View from the North ~ a killing in Syria

It is common knowledge that the United Kingdom government (and its allies such as the USA) have extensive intelligence and surveillance capabilities including the ability to monitor the activities of individuals.

On 21st August, Reyaad Khan (a British national from Cardiff) was driving (along with two others) near Raqqah (Syria) when he was killed by an air strike from a Reaper drone operated by the Royal Air Force.  There is no doubt that this killing was deliberate and carefully planned.  Mr Cameron made a statement about it to the House of Commons - Syria: Refugees and Counter-Terrorism - 7th September 2015.

Mr Cameron told Parliament that Khan was - " actively recruiting ISIL sympathisers and seeking to orchestrate specific and barbaric attacks against the West, including directing a number of planned terrorist attacks right here in Britain, such as plots to attack high profile public commemorations, including those taking place this summer."  Cameron added that Khan was intent on the murder of British citizens.

Few other factual details were given to Parliament and any conclusions we draw must be necessarily tentative.  Cameron claimed that international law justified the killing.

Should there be a reduction in sentencing where an individual provides the Police with information which either leads or may lead to the conviction of others?  If so, in what circumstances?

The common law recognised the problem and, more recently, Parliament has enacted the Serious Organised Crime and Police Act 2005 Chapter 2 (Offenders assisting investigations and prosecutions).  The Court of Appeal (Criminal Division) has held that the Act did not abrogate the common law power - R v P and Derek Blackburn [2007] EWCA Crim 2290.  The Act came into force on 1st April 2006.

Prior to the coming into force of SOCPA, where a person convicted of a crime had offered assistance to the law enforcement authorities, the courts had taken that assistance into account when sentencing.  The key principles are set out by Lord Bingham CJ in R v A and B [1999] EWCA Crim 3529.  (Link unavailable).

Since the enactment of SOCPA,

I wrote recently about the Iraq Inquiry, the Maxwellisation process that is currently in train and the need for the inquiry to not only be independent and thorough but to be seen to be so - Post of 14th August.

The Inquiry Chairman - Sir John Chilcot - has issued a statement (26th August) indicating that the last responses to the Maxwellisation process are to be received "shortly".  This statement was brought about by a number of high profile individuals criticising the delay.  Critics have included Baroness Butler-Sloss, Lord Lester of Herne Hill QC, Lord Morris of Aberavon QC.  Carl Gardner on his Head of Legal Blog looks at some of these criticisms - Sir John! Sir John! Are we there yet?