Parliament prorogued until 11 May 2021 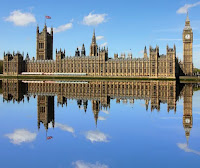 Parliament is now prorogued until the State Opening on 11 May 2021. The prorogation marked the end of the 2019-21 Session - UK Parliament's working year comes to a close:2019-21 session ends.

The State Opening of Parliament will take place on Tuesday 11 May.

The State Opening of Parliament marks the formal start of the parliamentary year and the Queen's Speech sets out the government's agenda for the coming session, outlining proposed policies and legislation.

The European Union (EU) Parliament has approved the EU-UK Trade and Cooperation Agreement (TCA) of December 2020. The agreement has been applied provisionally since the end of the Brexit transition period.

The EU Parliament notes in a Statement of Wednesday 28 April 2021 - "The consent decision was adopted by 660 votes for, five against and 32 abstentions, while the accompanying resolution, setting out Parliament’s evaluation of and expectations from the deal, passed by 578 votes, with 51 against and 68 abstentions. The vote took place on Tuesday (27 April), with results announced on Wednesday (28 April).


On 24 December 2020, EU and UK negotiators had agreed on the Trade and Cooperation Agreement establishing the terms for future EU-UK cooperation. ..."

The Court of Appeal (Criminal Division) Holroyde LJ, Mr Justice Picken and Mrs Justice Farbey has handed down judgment in a reference by the Criminal Cases Review Commission - R v Hamilton and others v Post Office Ltd [2021] EWCA Crime 577.  A summary of the judgment is available.

The court heard the appeals of 42 former sub-postmasters and sub-postmistresses (SPMs) who, between 2003 and 2013, were convicted of crimes of dishonesty. Their employers - Post Office Ltd - was also the prosecutor. This is an example of a private prosecution but, in this instance, brought by a public body. (The current ownership of Post Office Ltd is explained in this UK government document).

On borders ~ a divided UK 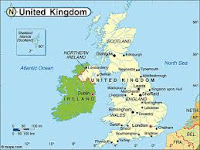 "The course of the English-Welsh border in front of The Bridge Inn has changed little since it was first defined by an Anglo-Saxon king in the eighth century" -  How the pandemic resurrected ancient border - Atlas Obscura 2 April 2021.

Borders have been problematic throughout human history.

In Public International Law, the State is defined by three constituent elements: a population, a territory and a governmental organisation.  A territory obviously implies the existence of borders.

Borders between States are

Does this claim withstand scrutiny? Here, I respectfully argue that it does not.  It is a technical question of legal competence.

What is Scotland wishing to do?

The UNCRC has bound

In accordance with the government's Roadmap out of Lockdown, the law on coronavirus restrictions changes from Monday 12 April 2021.

The amending legislation was made by the Secretary of State for Health (Mr Matt Hancock) on Friday 9 April - The Health Protection (Coronavirus, Restrictions) (Steps and Local Authority Enforcement Powers) (England) (Amendment) Regulations 2021 - (SI: 2021/455).

Cabinet Office - Coronavirus restrictions: what you can and cannot do