"Big Brother" powers - the Protection of Freedoms Bill No. 5 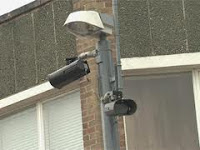 "Big brother" was the dictator of the totalitarian State "Oceania" in George Orwell's famously predictive book "1984."   Life in the "Airstrip One" province of Oceania was one of perpetual war, ceaseless surveillance by the government and "mind control" in which the individual was entirely subordinated to the State.  Everyone was watched by "telescreens" - a form of surveillance camera.

Fortunately, in the United Kingdom we are far from being like "Airstrip One" but there are serious concerns about the degree of surveillance over citizens which takes place.  The State has powers - exercisable through its various agencies - to engage in interception of communications, "bugging" of premises (including vehicles) and covert surveillance in its various forms (directed surveillance, intrusive surveillance and covert human intelligence sources).  These activities are subject
to legal regimes - helpfully summarised on Lawobserver.   In addition, there has been an explosion in the use of surveillance camera technology much of which is put in place by private enterprise or individuals though there is a significant amount used by public bodies.  The use of surveillance cameras has escaped being placed under any form of legal framework.  The "Surveillance and Society" journal has published "Development of CCTV Surveillance in Britain" by Clive Norris et al.  which looks at the development of camera technology and surveillance.

The Protection of Freedoms Bill (Part 2 Chapter 1) will provide for a Code of Practice containing guidance about surveillance camera systems (Clause 29).  The Code must contain guidance about one or more of - (a) the development or use of surveillance camera systems; (b) the use or processing of images or other information obtained by virtue of such systems.  The Code may include provision about the considerations as to whether to use these systems.  It may also for types of systems or apparatus, technical standards, locations, publication of information, standards applicable to persons using or maintaining systems or apparatus, standards applicable to persons using or processing information obtained, access to or disclosure of such information and procedures for complaints or consultation.

When the Code is first made, a draft has to be laid before Parliament and must be approved affirmatively by each House (Clause 30).  However, the Bill is less strong if either the Code is to be amended or replaced since only a negative resolution procedure is provided for.  The Code must be published and "relevant authorities" must have regard to it but failure to comply will not attract either criminal or civil liability.  However, the code may be "take into account" in any legal proceedings.  The term "relevant authorities" is  defined in the Bill and includes local authorities, police and crime commissioners, chief police officers and any person to be specified in a statutory instrument.  Confining the Code to "relevant authorities" has the result that private camera systems will continue to be largely unregulated.

There is to be a "Surveillance Camera Commissioner" who will "encourage" compliance with the code, review the operation of the code and provide advice about the code including changes to it or breaches of it.

This proposed regime is open to various criticisms and may even lead to increased surveillance.  It does not cover systems installed by government departments or those in shopping malls.  There are no penalties for breaching the code and the Commissioner is not empowered to investigate breaches.  Further complexity is added to surveillance law and practice by the addition of a further Commissioner whereas one might have thought that there was scope to bring all the various Commissioners under the umbrella of a single "privacy Commissioner."  Complications are likely to arise vis-a-vis data protection.  Overall, the Bill does nothing in this area to add to our freedoms or improve our privacy.  An article by Amberhawk is worth reading and see also Panopticon blog "Protection of Freedoms Bill - a new dawn for privacy?"

OUT-LAW.COM has published "New camera commissioner could cause confusion, says privacy watchdog" - (3rd March 2011).  This article includes a link to the Information Commissioner's evidence to Parliament.

Local Authorities and powers under the Regulation of Investigatory Powers Act 2000 (RIPA) -
See the Bill (Part 2 Chapter 2).  Local authorities are currently empowered to use powers relating to acquisition and disclosure of communications data (such as telephone billing information or subscriber details); directed surveillance (covert surveillance of individuals in public places); and covert human intelligence sources ("CHIS") (such as the deployment of undercover officers).  They will use these powers in connection with their statutory duties such as enforcement of trading standards etc.  Concern was raised that some local authorities were using some of these powers to investigate matters such as dog fouling and, in one case, a mother was kept under surveillance in relation to schools admission policy.  The Bill seeks to make the use of directed surveillance subject to a "seriousness threshold" which will be introduced through an order made under RIPA s.30(3)(b).  Furthermore, the use of (covert) powers by local authorities will be subject to approval by a magistrate (in Scotland, a Sheriff's Court).  Basically, this is a welcome development though details of the "seriousness threshold" remain to be seen and one wonders just how effective the need to apply to a magistrate will prove to be.  Few, if any, J.P.s are likely to receive training in this area and, without that, this "safeguard" may prove to be little more than a fig leaf.  They are going to need specific guidance as to how to handle these applications and the Bill is silent as to how this might be achieved.  It might have been preferable to confine the applications to either District Judges (Magistrates' Courts) or to certain specifically trained J.P.s

Addendum 1:  The Information Law Blog (Ibrahim Hasan) has some excellent coverage of the use by local authorities of covert surveillance and how the law will be amended by the Bill.  See also Local Government Lawyer.

Addendum 2:  The Home Office has issued a consultation on the Code of Practice for CCTV and ANPR.  It will be open for comment for 12 weeks.