Where are the Human Rights Lawyers when you want them ...? 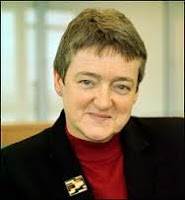 Are we now a thoroughly uncaring country?  One could be forgiven for thinking so given reports by the Parliamentary and Health Service Ombudsman - Ann Abraham .  The reports have been laid before Parliament and concern the Ombudsman's investigation into cases involving NHS Trusts and two General Practitioners.  Abraham states:-

"Although each investigation was conducted independently, I have collated this report because of the common experiences of the patients concerned and the stark contrast between the reality of the care they received and the principles and values of the NHS.

Sadly, of the ten people featured in this report, nine died during the events described here, or soon afterwards. In accordance with the legislation, my investigations were conducted in private and their identities have not been revealed.

I encourage Members of both Houses to read the stories of my investigations included in this report. I would ask that you then pause and reflect on my findings: that the reasonable expectation that an older person or their family may have of dignified, pain-free end of life care, in clean surroundings in hospital, is not being fulfilled. Instead, these accounts present a picture of NHS provision that is failing to respond to the needs of older people with care and compassion and to provide even the most basic standards of care."  [My emphasis].

The Times covered this appalling story today.  Unfortunately, I am not able to provide links due to their paywall policy.  However, they reported that
the Ombudsman investigated 226 cases involving people over 65 in the past year.  Dehydration and poor nutrition are among the most common problems uncovered, with half the people featured in her report not getting enough food and water while in hospital.. Inadequate pain relief, badly managed medication and poor communication amounting to "thoughtlessness" are other habitual failings.  All but one of the patients died soon after treatment, many deteriorating so rapidly while in hospital that they were "transformed from alert and able individuals to people who were dehydrated, malnourished and unable to communicate."  [Note:  Some doctors are refusing to participate in executions].

Now, where are the Human Rights Lawyers when they are needed? 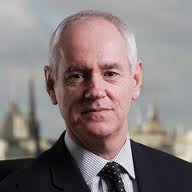 A further article by former Director of Public Prosecutions Ken Macdonald QC states that it is hypocritical of Britain to export death.  Our country is against State execution, so why do we sell lethal chemicals to America?  Mr Macdonald considers the case of Brandon Rhode (born 1980) who, at age 18, murdered 3 people during a burglary in Georgia.  His conviction was richly deserved.  Macdonald tells of Rhode's poor background.  Rhode spent 13 years on death row and, on 21st September 2010, he tried to kill himself.  The authorities saved his life but purposely left a catheter in his neck so that it could be used during the subsequent execution.  The sodium thiopental - (used at the start of an execution) - was supplied from the UK - in fact, from a small pharmaceutical company in West London which earns "markups" of 1000% on its sales of this chemical.  Is it not time that our government acted to ban this obnoxious trade?  Ken Macdonald is now Chair of Reprieve.

Finally, this report in the Manchester Evening News is about missing children.   Police received 11819 reports of missing children in 2010 with 2281 of them being 11 years of age or less and the youngest aged 3.  Some 327 children went missing 8 or more times.  Investigating these 327 cases has cost £7.2 m.  Nearly half of the reports of missing children - 5598 - related to youngsters living in care at the time.  The news article also reports how councils are placing children in privately-run care homes in other towns and cities, sometimes hundreds of miles from their families and friends.  In October 2010, Manchester City Council apologised for serious failings in the care of teenager Cerise Fletchman - see "Let Down and failed by her carers, tragedy of anguished girl who predicted her own death."   Her actual death was not caused by her carers but a serious case review found that opportunities to help her were missed and concerns had gone unaddressed.  She had been reported missing 79 times in the 5 months prior to her death in a car driven by a disqualified driver.

Addendum:  Daily Mail 16th February - "Elderly facing eviction from NHS beds ...."   This report concerns the possible use of the law of trespass to remove from hospital persons who refuse to leave but who have serious care needs if discharged.  Such problems could well worsen as social service budgets suffer due to financial restrictions.  Trespass is a tort (civil wrong).