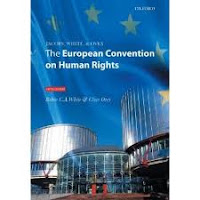 In his 1976 Dimbleby Lecture, Lord Hailsham warned of the elective dictatorship.  The one thing which, in modern times, prevents the United Kingdom becoming such a dictatorship is the European Convention on Human Rights.  This enables the citizen to challenge even an Act of Parliament on the basis that it infringes the European Convention which, after all, the U.K. has solemnly agreed in international law to adhere to.  Indeed, the U.K. was one of the very first signatories to the Convention and the U.K. has also adopted most of the Protocols subsequently agreed between Member States of the Council of Europe.  A challenge to an Act of Parliament does not mean that the courts can say that the Act is void or "unconstitutional."   Since the Human Rights Act 1998, the most the courts can do is make a declaration of incompatibility and it is then for Parliament to deal with the incompatibility by, for example, amending the legislation.  In this way the so-called "Supremacy of Parliament" is upheld.

Just what does that "supremacy of parliament" entail?  It means that Parliament may enact any law it wishes.  According to the theory there is no mortal power which can prevent Parliament doing just what it likes.  Here is a short list of things it has done in recent times.  The list is based on the book "Just Law - The Changing Face of Justice - and why it matters to us all" by Baroness Kennedy of the Shaws QC.

The list is just a few of the things done by various elected Parliaments over recent times.  The list could be extended several times over.  The ability to use the European Convention on Human Rights has helped to moderate this tide of authoritarianism which has emanated from within British governments irrespective of political persuasion.

It is disturbing that the "Policy Exchange" think tank is urging Ministers to withdraw from the European Convention on Human Rights - see BRINGING RIGHTS HOME.

The document concludes that
the time has now come for the UK government to consider whether or not it wishes to remain tied to an "inefficient, unaccountable and remote court" or "whether our own constitutional reforms have done enough to ensure that the British judiciary is itself capable of considering those questions as the final appellate court."  They urge British governments to take great care to respect "core" human rights thereby reducing the scope for clashes with the judiciary such as those which developed in recent years.  (The use of the word "core" suggests a minimalistic vision of what human rights entails in the modern world).

Next they wish the government to consider whether the present method of appointing justices to the UK Supreme Court provides for sufficient parliamentary scrutiny.  "If Parliamentary Sovereignty is to remain the most important factor underpinning the legislative process, then Parliament must be able to consider what the views are of a candidate for the Supreme Court on how they are likely to interpret legislation ..."

Thirdly, the UK government should begin negotiations with the Council of Europe to make substantial reforms to the operation of the European Court of Human Rights.  They wish to see the number of judges reflecting more accurately the populations of the 47 member States.  Very importantly, they argue that the European Court should take a "strict constructionist" view of the meaning of articles and not use the "expansionist idea" of the convention being a "living instrument."  On that view, the Convention's meaning would be stuck back in the 1950s which, by any reckoning was a very different time to the modern world.  For example, it would not have been possible for the European Court to develop the concept of a "family" so as to bring within the concept groups of persons other than "man, wife and child."

They argue that in some areas - e.g. Article 8 (Privacy) - matters should be left entirely to national courts and in other areas there should be a very wide "margin of appreciation."  Obviously, such developments would reduce the scope for the European Court to adjudicate in those areas.

They wish to see the proposed negotiations take no more than 2 years and, if they do not succeed (i.e. if the UK does not get its way), then the UK should consider withdrawing from the court's jurisdiction.  It is highly questionable whether a Council of Europe Member State could simply withdraw from the court's jurisdiction whilst remaining a signatory to the convention and withdrawal from the Convention would necessitate withdrawal entirely from matters European (including the European Union).  The economic consequences of that are probably incalculable at the present time.

A fourth proposal is that Parliament should repeal section 3(1) of the Human Rights Act 1998.  This provides that "so far as it is possible to do so, primary legislation and subordinate legislation must be read and given effect in a way which is compatible with the Convention rights."   Thus, we would be taken back to the strictly literalist approach for reading legislation which was once so close to the hearts of many a British lawyer.

A fifth proposal is that the UK should not agree to sign further international conventions and agreements bearing on human rights matters, especially in the fields of economic and social rights unless (a) there is an impact assessment as well as full discussion in Parliament of the proposed agreements or (b) unless the new agreements are strictly non-justiciable" - (i.e. matters on which the judges will not or may not pronounce).

This is heady and dangerous stuff which is cleverly and persuasively presented so as to appeal to those who dislike various decisions which have gone against the U.K.  The latest bête noire is prisoner voting.  It will also appeal to power-seeking politicians for whom Parliamentary Supremacy is a "power-sustaining device."  The time is coming for people to weigh in the balance the real consequences of allowing Parliamentary Sovereignty full sway - (given how demonstrably authoritarian it has already been) - and the check on Parliamentary activity which is ultimately provided by the European Court of Human Rights.  Would a U.K. Supreme Court packed with Judges who are to the liking of the politicians meet the bill?  Somehow, for all the siren voices, I doubt it.

Addendum 9th February:  Perhaps as something of an antidote to my post above, the UK Human Rights takes a rather in depth look at the Think Tanks' report in - "It's time we packed our bags at Strasbourg, says report."