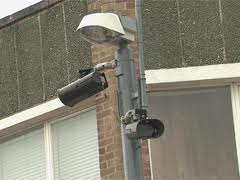 The government has put before Parliament the much heralded Protection of Freedoms Bill - see The Bill and Explanatory Notes.  Key proposals relate to retention of evidential material such as DNA profiles; a Code of Practice relating to Surveillance Cameras and a Surveillance Camera Commissioner; a requirement to obtain judicial approval before certain powers under the Regulation of Investigatory Powers 2000 may be exercised; amendment to terrorism law including a 14 days detention period without charge etc.  It seems unlikely that his Bill will go as far as many would have hoped.  The detail needs to be studied.


Prisoners and Voting
Just 39% of MPs voted on Thursday 10th February in the debate about prisoners voting.  The outcome was against permitting prisoners a vote - (234 to 22).  The government's next moves are therefore awaited with interest since the government is not actually bound by the Commons vote - (which was a "free" vote).  It has to be acknowledged that this stance finds favour with much (probably a majority) of the population.  That the European Court of Human Rights has any role in this matter is because of Protocol 1 Article 3 to the Convention:

"The High Contracting Parties undertake to hold free elections at reasonable intervals by secret ballot, under conditions which will ensure the free expression of the opinion of the people in the choice of the legislature."

Taken at face value this does
no more than impose a general duty on states to hold effective elections.  However, in Mathieu-Mohin and Clerfayt v Belgium (1988) 10 EHRR 1 the European Court decided that certain individual rights were necessarily implied in Article 3 - i.e. a right to vote in elections and a right to stand for election.  Later cases have added that, if elected, the person has a right to sit in the legislature.

The rights under Article 3 may be subject to reasonable conditions and such conditions must not deprive the rights of their essence and effectiveness.  Thus, a restriction must have a legitimate aim; not involve means which are disproportionate and, above all, not thwart the free expression of the opinion of the people in the choice of the legislature.  The blanket ban on prisoner voting adopted by the UK can hardly be said to be proportionate since it covers all prisoners irrespective of the nature of their offences or length of sentence.

The parliamentary debate contained some very misleading statements by some members who, frankly, ought to know better.  For example, Jack Straw (a former Secretary of State for Justice) referred to the European Court of Human Rights as a "Supreme Court of Europe."  It is no such thing even if there is a debate to be had within the Council of Europe about the role of the court.  It should also be remembered that the U.K. voluntarily signed up to the European Convention and it is the Convention which sets up the court and defines its jurisdiction.  The U.K. also adopted Protocol 1 including Article 3.  We have no excuse for disobeying the law.  Some 5 years have now passed since the decision in Hirst v UK (2006) 38 EHRR 40 where the court, because of the blanket ban, found the UK to be in violation of Article 3 of Protocol 1.    In Hirst the European Court noted:

a) imprisonment should mean loss of liberty and not loss of all other Convention rights;
b) disenfrachisement plays no overt role in sentencing and there is no evidence that it deters crime - the penalty is arbitrary as the vote is only lost if there happens to be an election whilst the person is in prison;
c) people may be convicted of an offence having a serious anti-social element  but, if not imprisoned, they retain the vote whereas others may commit a serious offence, be imprisoned and lose the vote but they may have offended for reasons which receive some public support (e.g. the murder by a wife of a violent husband).
d) there was no evidence that Parliament had ever seriously considered the competing arguments for and against the ban.

Perhaps the vote this week will go some way to meeting objection (d).

There is further interesting discussion about this vote at CharonQC (podcast), at Head of Legal and at UK Human Rights Blog .

An interesting article is at Law Think about "The media, misconception, and the Human Rights Act" (Leon Glenister 7th February).

Having said all of the above, it can hardly be said that the European Court of Human Rights has covered itself in glory over this issue.  "Mixed messages" have emerged from the court in some recent decisions as Head of Legal analysed recently.


Serious injustice in the making

The Law Society has launched SOUND OFF FOR JUSTICE a new website aimed at trying to wake the public up to the impending massive cuts to legal aid.    "Half a million British people to be silenced by the government every year."

Important services such as Law Centres and Citizen's Advice Bureaux are likely to be crushed by lack of funding.  There is serious false economy here since timely advice / assistance can often stave off much more serious litigation later.

This is definitely NOT special pleading by well-to-do lawyers.  Access to Justice will be all but destroyed if the government's draconian proposals go ahead. 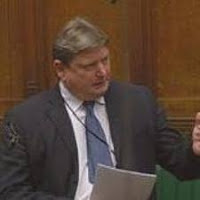 Finally, former MP Mr Eric Illsley admitted expenses fraud and has been sentenced to 12 months imprisonment - read the judge's sentencing remarks here.  A further former MP, Mr Jim Devine has been found guilty after trial held in the Crown Court at Southwark and will be sentenced later.

The trial judge - Saunders J - has asked if those MPs guilt of expenses fraud but who stood down at the last general election will receive resettlement grants.   If they are to received such a grant then they may have to repay some of their defence bills which would otherwise be covered by legal aid.  [The MPs were charged at a time when legal aid was more generous in the Crown Court than it now is].

Whether such costs are actually recovered remains to be seen but to receive a resettlement grant when guilty of fraud in relation to Parliamentary expenses hardly sits well with the insistence by MPs that convicted prisoners lose their right to vote.  See Telegraph 11th February 2011.

Addendum 12th February:   The Council of Europe Parliamentary Assembly (PACE) has a Committee on Legal Affairs and Human Rights which is chaired by Mr Christos Pourgourides (Cyprus).  Mr Purgourides has expressed disappointment at the Commons vote on prisoner voting rights and again urges the UK to comply with the European Court of Human Rights decision - Press release.   The Parliamentary Assembly has issued a number of resolutions about voting matters - see Resolution 1459 (2005) Abolition of restrictions on right to vote ... and ... Resolution 1787 (2011) Implementation of judgments of the European Court of Human Rights.  Res. 1787 calls on the UK to "put to an end the practice of delaying full implementation of Court judgments with respect to politically sensitive issues, such as prisoners’ voting rights (see, in this connection, the Court's judgment in Greens and MT v. United Kingdom, of 23 November 2010)."