A stench of Ministerial hypocrisy pervaded central London this week.

The Global Law Summit was a "stellar" event attended by legal notables from around the world.  The Secretary of State for Justice spoke of the importance of the rule of law and the ideas implanted by Magna Carta.  The following extract gives a flavour of his speech:

"In the UK, the legal sector contributes over £20 billion to our GDP, employing over 300,000 people. And UK law firms play an important role in the success of international businesses worldwide.  In London, we have a centre of legal excellence that is rival to any other great city in the world. I would like it to stay that way.

A most serious report

I wonder whether government will really take very seriously the matter of the deaths of those detained by the State.

Over the same period, deaths of those aged 21 or less and detained in either prison or young offenders institutions came to 38 out of 38 - see here.

The figures do not necessarily

Here is an interesting case from Scotland.  The legal principles involved will be much the same for England and Wales.

The facts of the case arose 11 years ago - in 2004.  A collision took place on an "A" road near the junction of that road with a private road leading to a farm where the "pursuer" (claimant) - then aged 13 - lived with her family.  The "A" road had a 60 mph limit and was unlit.  It was about 40 minutes after sunset.

The claimant had just got off the school bus which had parked on the opposite side of the "A" road to the private road to the farm.  The "respondent" (defendant) was driving home in the opposite direction and travelling at around 50 mph.  His car lights were on.  The pursuer walked behind the bus, got into the path of the respondent's car and she suffered serious injuries.  The judge (the Lord Ordinary) held that the pursuer was mainly to blame though the driver was also negligent.  The Lord Ordinary decided that the pursuer was 90% responsible though, on an appeal, this was reduced to 70%. 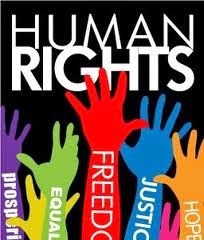 Please see LIBERTY - Human Rights Act Myths:  The myths are listed below and each one is "exploded" by the website.

The UK Human Rights Blog has an exciting new project and is appealing for assistance.  Please have a look and do what you can.  You do not have to be a lawyer to get involved.

"The Human Rights Act does nothing for ordinary people"

"People now have a ‘human right’ to anything" 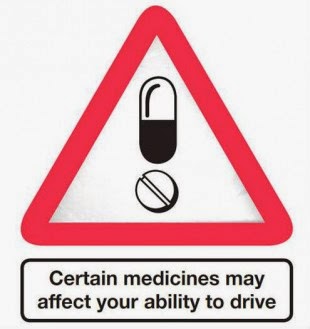 The Road Traffic Act 1988 s.4 deals with Drugs and Driving.  However, from 2nd March 2015, there will be a change to the law due to a new section 5A inserted into the Act by the Crime and Courts Act 2013 section 56.   The new section is headed - "Driving or being in charge of a motor vehicle with concentration of specified controlled drug above specified limit."

Section 4 is the offence of being "unfit" to drive (i.e. the person's ability to drive is for the time being impaired).  Section 5A introduces into the law a specific limit offence for "specified controlled drugs."   (Controlled drug has the meaning given to it by the Misuse of Drugs Act 1971 s.2).

The difficulties involved in proving impairment due to drugs means that section 4 of the 1988 Act is not often used in drug driving cases. While section 5 of the 1988 Act makes it a separate offence to drive or be in charge of a motor vehicle with an alcohol concentration above the prescribed limit, no similar offence existed prior to the new legislation for drugs.

Law students and those starting a career in advocacy would do well the read this article by Nigel Pascoe QC - The Art of Cross Examination.

Age and the law:

In this link, Dan Bunting contrasts the age of consent with the age of criminal responsibility - Age of Consent v Age of Responsibility   The article states - "Obviously, if a 13 year old has sexual relations with a 41 year old man, it’s clear that the man is to blame, and is fully to blame. The case does raise the question of whether we have a consistent attitude to children in the criminal justice system – if we say that a 15 year old lacks the capacity to consent in law to sexual activity, then should we be prosecuting 10 year olds for that? Or for any offences?"

An article published by The Guardian 10th February reports that in at least three Police Force Areas some newsagents have been contacted regarding sales of the Charlie Hebdo magazine published in the immediate aftermath of the murders in Paris - see earlier post Charlie Hebdo - Freedom of Expression.  Officers in Wiltshire, Wales and Cheshire have approached retailers of the magazine, it has emerged, as concerns grew about why police were attempting to trace UK-based readers of the French satirical magazine.

The Investigatory Powers Tribunal (IPT) was created by Part IV of the Regulation of Investigatory Powers Act 2000 (RIPA).  It lies outside the general tribunal structure and is linked to the Home Office though it has an eminent membership including three High Court Judges.  The Tribunal's website contains much useful information.

The Tribunal has handed down judgment in relation to the legality of the regime governing the soliciting, receiving, storing and transmitting by UK authorities of private communications in a case brought against the intelligence agencies in respect of alleged interception activity involving UK and US access to communications. The Complainants are Liberty, Privacy International, Amnesty International and seven overseas human rights groups.

In August 2014, Professor Alex Jay published the report of an Independent Inquiry into Child Sexual Exploitation in Rotherham.  It concluded that over 1400 children had been sexually exploited in Rotherham between 1997 and 2013.  The majority of the perpetrators were said to be of Pakistani background.  See 1st September post

The council is in the news again following a new report commissioned by Communities Secretary Eric Pickles.  The report

The Protection of Freedoms Act 2012 improved, from a civil libertarian viewpoint, safeguards in a number of important areas.

Part 1 Regulation of biometric data is concerned mainly with Destruction, retention and use of fingerprints, DNA profiles.  A post of Commissioner for the Retention and Use of Biometric Material  was created.  See How DNA and Fingerprints evidence is protected in law.

The Honourable Justice Goddard has been appointed by the Home Secretary to chair the Independent Panel Inquiry into Child Sexual Abuse.

Justice Goddard is a Justice of the High Court of New Zealand.

See the Home Secretary's Statement to the House of Commons 4th February 2015.  The statement makes it clear that the original inquiry is terminated and the panel dissolved.  Now there is to be a new statutory inquiry with a new panel.  Please note, in particular, the following extract from Mrs May's statement - (my emphasis and some links added):


"I will now turn to the form of the inquiry. As I told the Home Affairs Committee on 15 December, I am clear that the inquiry should have the power to compel witnesses to give evidence. I also said there were three ways to do that: first, by establishing a royal commission; secondly, by converting the current inquiry into a statutory inquiry under the Inquiries Act 2005, subject to consultation with the chairman once appointed; or, thirdly, by setting up a new statutory inquiry under the 2005 Act.

: A Strasbourg finding in favour of the UK :

The Fourth Section of the European Court of Human Rights has found by a majority of 6 to 1 that there was no violation of Article 3 - (Prohibition on torture and inhuman or degrading treatment or punishment) - of the European Convention on Human Rights in the case of Hutchinson v United Kingdom - Court's judgment.

In October 1983, the applicant broke into a family home, stabbed to death a man, his wife and their adult son and repeatedly raped their 18 year‑old daughter, having first dragged her past her father’s body. He was arrested several weeks later and charged with the offences. At trial he pleaded not guilty, denying the killings and claiming that the sex had been consensual. On 14 September 1984, at Sheffield Crown Court, he was convicted of aggravated burglary, rape and three counts of murder.

When any Bill is introduced into Parliament, it is not unusual for politicians to introduce amendments.  After all, that is a part of their role and it is generally done with a view to either correcting errors or seeking to make improvements to the drafting.   From time-to-time, additions (still referred to as "amendments") are tabled.  However, it must be somewhat rare for politicians to seek to make additions to a government Bill when those amendments are aimed at bringing into law something that was rejected by the government quite recently.  It is even more unusual for major additions to be tabled in the House of Lords after the Bill has passed the House of Commons and is nearing the end of its progress through Parliament.

In 2013, following objections by the Liberal Democrat part of the coalition, the Data Communications Bill was withdrawn.  In November 2014, the Counter-Terrorism and Security Bill was introduced by the government and it is being "fast-tracked" through Parliament.  Recently, four Peers