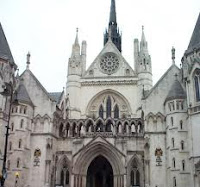 For those wealthy enough to be able to use the courts, a "Super-injunction" may be one way of trying to ensure that personal information is kept private.  Strictly speaking, a super injunction even bans publication of the fact that it exists.  Clearly, the use of such legal weaponry raises some important concerns relating to free speech and, arguably, the right of the public to know about at least some of the activities of prominent personalities.

The Independent 10th March 2011 reported that Sir Fred Goodwin has obtained a super injunction which, so it appears, prevents mention of his former occupation.  This was revealed, under cover of Parliamentary Privilege, by Mr John Hemming MP who has asked for a parliamentary debate on freedom of speech.  Of course, commonsense alone says that there must be more to the injunction than merely preventing mention of the former occupation.  The development, by the judiciary, of this form of injunction came to light in the Trafigura case in 2009 - see The Guardian 20th October 2009 "Trafigura: anatomy of a super-injunction."  A committee under the chairmanship of Lord Neuberger (Master of the Rolls) has been examining these injunctions and is due to report in the near future.

Private Prosecution - There is a right
to bring a private prosecution.  However, it is not common knowledge that the Crown Prosecution Service can take over such a prosecution and discontinue it.  This occurred in R (Davinder Singh Gujra) v Crown Prosecution Service [2011] EWHC 472 (Admin) where Mr Gujra sought judicial review of the CPS which, having taken over his prosecution, decided to stop the case.  His application was unsuccessful.  This right is of great antiquity and is a safeguard against wrongful refusal or failure by public prosecuting authorities to institute proceedings.  However, the Director of Public Prosecutions has, since 1908, been able to take over conduct of such proceedings and may discontinue them - Raymond v Attorney General & Others [1982] QB 839.  Perhaps this is another "right" which has been reduced almost to vanishing point?

Even a parent who has killed the other parent of a child is not automatically ruled out of further contact with that child.  This, perhaps surprising statement, is well illustrated by the recent case of Re T (A child: murdered parent) [2011] EWHC B4 (Fam) - where a father (B) applied for a contact order in respect of his daughter T (aged 8).  B's application was opposed by T's special guardian and by T's guardian ad litem.  B had been in a violent relationship with T's mother and stabbed her causing her death.  B was charged with her murder but was convicted of manslaughter (on the basis of diminished responsibility) and certain orders under the Mental Health Act 2003 were imposed.   His Honour Judge Clifford Bellamy (sitting as a Judge of the High Court) stated that the court's approach even in a case of this nature is the same as in all other contact applications.  The welfare checklist in the Children Act 1989 has to be addressed and the Article 8 rights of all the parties considered.  The leading case on contact applications where there had been such domestic violence is the Court of Appeal decision in Re L; Re V; Re M, Re H (Contact: domestic Violence)  [2000] 2 FLR 334
In all the circumstances of this case, B's application failed - (see the final para. of the judgment for full details of the court's orders).

Addendum 20th May:  The report on Superinjunctions by Lord Neuberger MR
Posted by ObiterJ at Saturday, March 12, 2011