Freedom of Information and Data - Protection of Freedoms Bill No.8 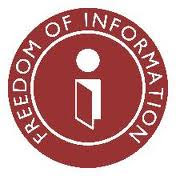 The Freedom of Information Act 2000 (the FOIA) deals with access to information held by "public authorities" (as defined in the Act - s.3).  Section 1(1) creates a duty to confirm or deny - "Any person making a request for information to a public authority is entitled - (a) to be informed in writing by the public authority whether it holds information of the description specified in the request, and (b) if that is the case, to have that information communicated to him."   However, the Act provides for exemptions to this duty: e.g. information relating to defence, international relations, communications with Her Majesty and Honours etc.  The 2000 Act also provides for an Information Commissioner and an Information Tribunal (s. 18).  Various Codes of Practice are issued under Part III of the Act.

The Data Protection Act 1998 replaced the earlier 1984 Act.   The Act provides for
data protection principles (s.4) and creates rights for "data subjects."  Again, there are exemptions (e.g. national security).  More information about the Act is available on the Information Commissioner website and also general information  here.


The Protection of Freedoms Bill Part 6 makes amendments to these Acts.
Clause 92   - amends FOIA s.11. which is concerned with the means for communicating information.  Where the request is for a "dataset" held by a public authority and the requester asks for it in electronic form then it must, as far as is reasonably practicable, be provided in an electronic form which is capable of re-use.  "Dataset" is to be defined as a collection of information held in electronic form where all or most of the information meets certain criteria which will appear in s.11(5)(a), (b) and (c).  A new s.11A will be inserted into the FOIA to create a duty to make a dataset available in reusable format.  The duty is subject to certain criteria.  Thus, authorities should be prevented from turning a spreadsheet into a PDF before releasing it in order to stop recipients conducting their own analysis of the data.

"Publication Schemes" are covered by Section 19 FOIA  which will be amended.  Such schemes will have to include a requirement for the public authority to publish any dataset it holds, which is requested by an applicant, and any updated version of a dataset unless the authority is satisfied that it is not appropriate for the dataset to be so published.   Where reasonably practicable, publication will have to be in reusable electronic form.  Codes of Practice are addressed by FOIA s.45 and this will be amended so that Codes deal with publication of datasets.  There will also be a possibility of making more than one code of practice under section 45.


Clause 93 - Meaning of "publicly-owned company" - This will widen the definition of publicly owned company and therefore bring more bodies within the scope of the FOIA.

Clause 95 - Appointment and tenure of Information Commissioner - This amends the Data Protection Act 1998 and provides for changes to the grounds on which the Commissioner may be removed from his post.  This appears to strengthen the position of the Commissioner.  Appointment will have to be on merit and on the basis of fair and open competition.  A Commissioner will only be able to serve one five year term.  A provision exists at present for reappointment.  The reason for making this change is not entirely clear.

These amendments are no doubt welcome but perhaps do not go far enough in opening up officialdom to freedom of information.  Campaigners are likely to press for more.    See Campaign for Freedom of Information.   The Informm blog is a useful source of material on this area of the law.

The Protection of Freedoms Bill - over this series of eight posts I have attempted to look at the main features of this Bill.   Here are links to the previous seven posts:
See also "Protection of Freedom Bill under Scrutiny" by Adam Wagner - UK Human Rights blog.

The Bill fails to measure up to the political spin which has preceded it and, as the Law Society observed,  is a disappointment overall.
Posted by ObiterJ at Wednesday, March 09, 2011