Is this right? Stories which make people wonder ... 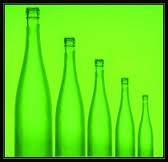 Five items which make one wonder but, at this stage, specific views are not offered:-:

1. The Police may be going to protest over cuts ... The Guardian 8th March ... Should they?   See the earlier post - Peaceful Protest

3.  Did this man merit a greater fine?  Man fined £50 for burning poppies ....  The Court's judgment is here.  See the Magistrates' Courts Sentencing Guidelines at page 88 - which the District Judge who passed sentence "must" work to.  See further the earlier post - "Rights entail responsibiltiies"

4.  Why is the government doing this?  New Statesman.  Here is a link to the draft convention.

5.  Should these places be run by private enterprise?  The Guardian 6th March.  It may be the way of the future - "Breaking the Cycle ...."

In relation to many of these stories it is all too easy to "shoot from the hip."  That is not "legal method".  As always, the considered views of readers are welcome.