Assange is to appeal

We have had a fascinating few days.  I am indebted to CharonQC for drawing attention to a comment by Geoffrey Robertson QC (speaking for the defence) at Julian Assange's extradition hearing in February - "Sexual encounters have their ups and downs, their ebbs and flows.”    Mr Assange has lodged an appeal with the High Court - (see Telegraph) - against the decision of the judge who heard the case at Belmarsh Magistrates' Court - (see Law and Lawyers 24th February).  At the heart of the case is the thorny legal and highly political matter of European Arrest Warrants and this is discussed in some detail on CharonQC's interesting "Without Prejudice" podcast.

120 lawyers have been granted the coveted rank of Queen's Counsel (QC).   Joshua Rozenberg wrote about this in The Guardian 2nd March - "Queen's Counsel: the merits of giving the best advocates a badge of excellence."  The Ministry of Justice also mentioned it but were at some pains to point out that they are no longer involved in the selection process which is now done by selection panels independent of the government and the professions.  Six of the appointees are "Honoris Causa" which is awarded to those who have made major contributions to the law of England and Wales outside of the courts.  BabyBarista blog takes a somewhat light-hearted view of the appointments system.

Contempt of court and media websites

The Daily Mail and The Sun have been held to be guilty of contempt of court having published on their websites a photograph of a defendant in an ongoing criminal trial - see Attorney-General v Associated Newspapers [2011] EWHC 418 (Admin). The case is discussed on the UK Human Rights blog - "Warning for bloggers and tweeters as newspapers found guilty of contempt of court."

Mr and Mrs Johns had applied to Derby City Council to be short-term foster carers.  They hold strong views,based on their religious belief, that sexual relations should be confined to male/female marriage.  The Council considered
this view to be incompatible with the relevant regulations - (see Fostering Services).   The case is Johns v Derby City Council and the Equality and Human Rights Commission [2011] EWHC 375 (Admin) and is also discussed on the UK Human Rights blog - here.  The court concluded that the attitudes of potential carers to sexuality were relevant to applications for approval.  There is a considerable need for foster carers and this need is perhaps likely to grow as families suffer breakdown resulting from the present economic troubles facing the country.  These troubles appear to be worsening by the day.  One wonders whether decisions such as this, however well founded in law, will result in fewer people coming forward for this crucial role.

Cost of insurance - Court of Justice of the EU decision 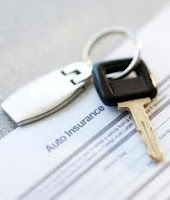 Then there is the Court of Justice of the European Union ruling that risk factors based on sex must not be used when determining insurance premiums for car and medical insurance and also in relation to pension schemes - The Independent 1st March.  The ruling takes effect from 21st December 2012.  This may prove to be controversial given that the court referred to the Charter of Fundamental Rights Articles 21 and 23.   In the Lisbon Treaty, the U.K. secured what was described as an "opt out" from this Charter - (see BBC January 2011).   Although the British government might have thought the front door was closed to the Charter, the back door may have remained open !  The law report is Association Belge des Consommateurs Test-Achats and addresses the legal validity of Council Directive 2004/113/EC Article 5(2) - equal treatment of men and women in access to and supply of goods and services.

Judicial pensions are very generous.  In modern times there is undoubtedly a political attack on what are sometimes disparagingly referred to as "gold-plated" pension schemes based on final salaries etc.   Most pensioners will have paid handsomely into their pension funds during their working lives and many have seen their income severely reduced.  More may do so as a result of the switch from using RPI index linking to CPI.  Should judges be immune from all this and be allowed to continue in their non-contributory scheme?  The Guardian on 4th March 2011 looked at this and asks whether there is a constitutional principle in issue.  [Readers interested in pensions may wish to read the 17th February debate about the Social Security Benefits Up Rating Order 2011 - order approved by our elected representatives - 247 to 19.]

Government of Wales Act 2006 and the referendum
I am grateful to a comment from Westengland about the referendum held this week in Wales.  At one time, prior to the Government of Wales Act 1998, we could safely say that the law in Wales was generally the same as in England.  Certainly in relation to some twenty devolved areas of policy this is no longer the case.  The 1998 Act created the National Assembly for Wales and empowered it to make law (referred to as "Measures") in relation to some aspects of the devolved areas.  The Government of Wales Act 2006 Part IV provided for a referendum to be held on whether the Assembly should have full law making power in the devolved areas.  The outcome (by a vote of 517,132 to 297,380) was Yes.  Every Welsh County apart from Monmouthshire voted Yes.  Welsh Ministers are therefore empowered (see s.105 of the 2006 Act) to lay a draft order before the Assembly which, if approved, will give the Assembly full law making powers in those areas.
Posted by ObiterJ at Saturday, March 05, 2011