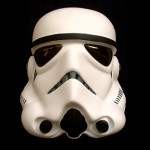 
Some interesting cases in the Supreme Court
Copyright is an important aspect of "intellectual property."  Is a Star Wars stormtrooper's helmet a "sculpture" and therefore capable of being protected by Copyright?  That is one of the questions before the Supreme Court in Lucasfilm v Ainsworth.  The Court of Appeal (Civil Division) did not think it was a "sculpture" (judgment).  Another question in the case is whether, even if it were to be a sculpture, the matter is enforceable in this country given that this is an American copyright.  A good preview of this case may be read on the UK Supreme Court blog.   A further and very different case is that of Al Rawi in which judgment is expected in the near future.  Again, the UKSC Blog has a good write up about this important and interesting matter.  The key issue
is whether, in an ordinary civil action (e.g. for trespass to the person etc) it is possible to have a closed hearing in the absence of statutory authority.  This is highly important matter of considerable public importance.

"Squatters" - Squatting as such is not a criminal offence and the Telegraph argues that it should be - see "Stop the squatters: criminalise this unjust behaviour."   A civil action is available to recover possession but even when this is successful the home owner often finds that his home has been damaged.  The squatters then move on to some other place.  Recovery of land has a lengthy legal history and was known originally as "ejectment" though the old common law action for this was abolished by the Judicature Act 1873.  Recovery proceedings are now subject to Part 55 of the Civil Procedure Rules.  The Criminal Law Act 1977 Part 2 created certain offences relating to entry to and remaining on property and old Forcible Entry statutes (which dated back to the Middle Ages) were repealed.  There are some complex legal questions involved with these provisions.  The Ministry of Justice is said to be looking at the problem.  See also Daily Mail 7th March 2011. where a recent case is discussed in which the squatters obtained legal aid to fight their eviction but the homeowner had to represent himself.


"Theft" of title to land - A further problem appears to be developing of fraudsters getting property transferred to them by using "stolen identity" - see Sunday Express 6th March - "Your Home could be stolen."   The Land Registry has published Public Guide 17 - dated April 2010. 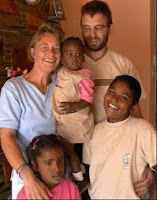 Adoption Guidance -  The government has issued important new guidance relating to adoption - see Local Government Lawyer.    The guidance, which is issued under the Local Authorities and Social Services Act 1970 s.7, may be seen on the Dept. for Education website.  The government hopes to encourage more adoption to take place and to remove various "barriers" which appear to have developed such as antipathy to adoption of a child to persons of a different ethnicity etc.  The new guidance has been broadly welcomed - see, for example, Barnardo's.