UK and EU talks Round 8 ~ Controversy at Westminster 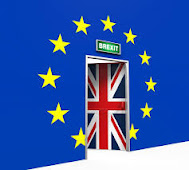 Talks between the UK and the EU have entered the 8th Round - see EU Commission. Whether an agreement (or agreements) are possible is debatable - see House of Commons Library - UK-EU future relatonship negotiations update: is an agreement possible
Ahead of the Round 8 talks the Prime Minister issued a Statement in which he stated - "There needs to be an agreement with our European friends by the time of the European Council on 15 October if it’s going to be in force by the end of the year. So there is no sense in thinking about timelines that go beyond that point. If we can’t agree by then, then I do not see that there will be a free trade agreement between us, and we should both accept that and move on."

The UK left the EU
on 31 January and operates, until the end of 2020, in the transition period which has undoubtedly covered over the likely economic impact from January 2021 if there is no free trade and other arrangements. Greater time for negotiation was available by way of extending the transition period and to do so would have made good sense but the Johnson government opted not to request an extension.

The UK's departure from EU membership is governed by an international treaty - referred to as the Withdrawal Agreement (WA). A part of the WA is the Northern Ireland Protocol. There is also a Political Declaration but that, unlike the WA, is not binding in international law.

Speaking in the House of Commons today (8 September) Mr Brandon Lewis MP (Secretary of State for Northern Ireland) stated that a UK Internal Market Bill will be published on 9 September.

The 8 September debate was concerned with the UK's legal obligations under the Northern Ireland Protocol. The full debate is available at Hansard House of Commons 8 September 2020

Concern arose during the debate that the UK was intending to bring forward a Bill which, if enacted into domestic law, would breach the WA or Northern Ireland Protocol. Here are two of the exchanges:


Sir Robert Neill (Bromley and Chislehurst) (Con)
The Secretary of State has said that he and the Government are committed to the rule of law. Does he recognise that adherence to the rule of law is not negotiable? Against that background, will he assure us that nothing that is proposed in this legislation does, or potentially might, breach international legal obligations or international legal arrangements that we have entered into? Will he specifically answer the other point: was any ministerial direction given?

Brandon Lewis
I would say to my hon. Friend that yes, this does break international law in a very specific and limited way. We are taking the power to disapply the EU law concept of direct effect, required by article 4, in certain very tightly defined circumstances. There are clear precedents of this for the UK and, indeed, other countries needing to consider their international obligations as circumstances change. I say to hon. Members here, many of whom would have been in this House when we passed the Finance Act 2013, that that Act contains an example of treaty override. It contains provisions that expressly disapply international tax treaties to the extent that these conflict with the general anti-abuse rule. I say to my hon. Friend that we are determined to ensure that we are delivering on the agreement that we have in the protocol, and our leading priority is to do that through the negotiations and through the Joint Committee work. The clauses that will be in the Bill tomorrow are specifically there should that fail, ensuring that we can deliver on our commitment to the people of Northern Ireland.
The answer to Sir Robert Neill is a clear statement from the MInister that the UK government does intend to break international law "in a very specific and limited way" by taking power to "disapply the EU law cobcept of direct effect .. in certain very tightly defined circumstances."
This prompted a question from the former Prime Minister:

Mrs Theresa May (Maidenhead) (Con)
The United Kingdom Government signed the withdrawal agreement with the Northern Ireland protocol. This Parliament voted that withdrawal agreement into UK legislation. The Government are now changing the operation of that agreement. Given that, how can the Government reassure future international partners that the UK can be trusted to abide by the legal obligations in the agreements it signs?

Brandon Lewis
We have worked with the EU in a spirit of good faith, and both sides continue to work in that spirit to implement the arrangements that uphold the fundamental principles that lie behind the protocol. Of course, our first priority continues to be to secure agreement on the protocol on the Joint Committee and on the wider free trade agreement, but the withdrawal agreement and protocol are not like any other treaty. They were written on the assumption that subsequent agreements could be reached between us and the EU on the detail—that is the entire purpose of the specialised Joint Committee—and we continue to believe that that is possible, but as a responsible Government we cannot allow our businesses not to have certainty for January. The reality is that the UK internal market Bill and the Finance Bill are the last legislative opportunities we have to give the people and businesses of Northern Ireland the confidence and certainty that we will deliver what we agreed in the protocol, what we outlined in our manifesto and what we set out in the Command Paper.

It is not always understood that international law and domestic law operate on different planes (or levels). International law binds States (and certain other international bodies). A Treaty such as the WA is binding in international law on the parties to it.  To breach a treaty is a serious matter and can give rise to consequences between the parties. There is also, as Mrs May pointed out, a question of trust as to whether the party breaching the Treaty can be trusted in the future.

Ministers are required by the Ministerial Code which refers to the overarching duty on Ministers to comply with the law. The Code was amended in 2015 and a specific reference to international law was removed but is has been generally assumed that the word "law" includes international law binding on the UK - Post 23 October 2015.  In R (Gulf Centre for Human Rights) v Prime Minister [2018] EWCA Civ 1855 it was confirmed that no substantive change was intended when the code was amended.

Domestic law operates within the State. In the UK it is the Westminster Parliament which has legal supremacy and can, according to orthodox legal theory, make or unmake any law.

Legally it is therefore within the powers of Parliament to legislate for UK domestic law in the way Mr Brandon suggests BUT there are likely to be considerable adverse international consequences if the UK Parliament does this.

In modern times the UK has been a leading proponent of the international rule of law. The UK is a permanent member of the UN Security Council and, in that role, has often called upon other States to abide by international law and standards. The announcement today therefore marks a serious change in the stance of the UK government. Parliament should reject it.

As mentioned above the Bill is to be published on Wednesday 9 September. Meanwhile the Round 8 talks are on-going. Developments are therefore awaited ...