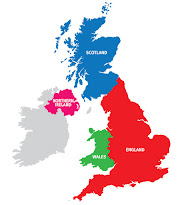 My previous two posts - HERE and HERE - focussed on concern about the UK Internal Market Bill and the provisions dealing with the powers of Ministers to disapply aspects of the Withdrawal Agreement.

This is not the only bone of contention in the Bill. Described in some quarters as "an abomination" the Bill will undoubtedly impact on the devolution settlements as is well explained in these links:

The government claims that the Bill will "boost" the Scottish economy but that claim is refuted by the Scottish Government which plans to refuse legislative consent to the Internal Market Bill.

Like so much to do with Brexit - which a majority of Scotland's electorate opposed - the Bill is feeding demands for Scottish Independence. The Welsh Government described the Bill as an attack on democracy. Welsh voters supported Brexit.