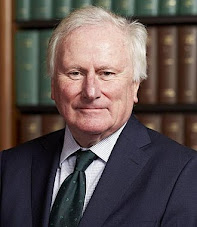 The retirement from the Supreme Court of the UK of Lord Kerr of Tonaghmore was noted in a video tribute by the court's President - Lord Reed.

Lord Kerr's departure from the judiciary is also notable because he was the last appointment as a Lord of Appeal in Ordinary - the "Law Lords" who, until October 2009, sat in the former Appellate Committee of the House of Lords.

Supreme Court of the UK - Tribute to Lord Kerr whose death was announced today.