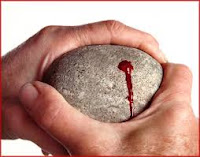 On 14th October, the House of Lords passed a "regret motion" put forward by Lord Beecham.  The wording of the motion was:

That this House regrets that the Prosecution of Offences Act 1985 (Criminal Courts Charge) Regulations 2015 undermine the principle of judicial discretion, and add an artificial inducement to plead guilty; and further regrets that the Regulations were laid at a time that severely limited Parliamentary oversight, as well as making claims for savings that cannot be substantiated.

The debate may be read in Hansard (commencing 7.19pm) and it has been reported by The Indpendent 15th October

It is now to be hoped
that the Ministry of Justice will at least suspend this charge and undertake a through review.  This seems to be a preferable course to tinkering with the present regulations.

For details of the charge please see this previous post.

"I suggest that this House should regard justice in the magistrates’ courts as every bit as important as every other court in the land. It is a total disgrace that we should put on to the statute book provisions that have the consequence that magistrates are so appalled about what they are required to do that they feel it necessary to resign"

"It is all too easy to chip away at the proud record we have in this country of doing justice regardless of the individual involved. By a little nibble here, and a little nibble there, and sometimes a bite—and this is not a nibble; it is a big bite—real damage is done to the reputation of justice in this country. I urge the Minister to look at this urgently, because it will do real harm, and I hope it will be realised that in haste something was done that should not have been"