In an "exclusive", The Independent 17th October has indicated that the government plans to "fast track" a British Bill of Rights into law.  A 12 week consultation will run from some time in November or December 2015 (therefore including Christmas and New Year) and then, without a Green Paper or White Paper, a Bill will go to the House of Commons.  The Independent report suggests that any delay in getting this into law will arise from "seasoned lawyers" in the House of Lords.

It is claimed that the Human Rights Act has been "misinterpreted" so as to give precedence to the European Court of Human Rights (E Ct HR) over the UK Supreme Court.  The Human Rights Act 1998 certainly requires British courts to "take into account" decisions of the E Ct HR.  Precisely what is required by the phrase "take into account" has been the subject of much debate since it begs the question as to when, if at all, a UK court might choose not to follow a decision of the E Ct HR - (e.g. see post of 21st October 2013 about the Chester and McGeogh cases).

The reason for the rush to legislate is said to be the promised EU referendum.
According to the article, the EU and Human Rights are often "linked in the minds of the public and some Eurosceptics."  Hence, it seems that the government wishes to deal with our human rights before putting the EU membership question to the people.  I would tentatively suggest that any delay to the EU referendum might be more due to political considerations such as the likelihood that the public will vote to exit the EU (e.g. here) and warnings that exit (Brexit) would be very detrimental to British business (e.g. here).

The Secretary of State for Justice (Michael Gove) is reportedly going to visit Scotland with a view to trying to persuade the Scottish government to back his proposals.  So far they have been opposed to losing the Human Rights Act (previous post) and so one is left to wonder what might persuade them to reverse direction and support Gove's plans.  It is not reported whether Mr Gove will visit either Northern Ireland (where the Human Rights Act underpins the 1998 Good Friday Agreement) or Wales but discussion with those devolved administrations will have either taken place or will do so.

The Independent notes that the UK will NOT be leaving the European Convention on Human Rights.  For my part, I have never thought that it would take such a draconian step since withdrawal would be detrimental to the standing of the UK in the wider world but remaining within the convention means that the UK as a nation will continue to be bound in international law by the convention and by decisions of the European Court of Human Rights.

Regrettably, there is right-wing political dislike of the Human Rights Act.  The Conservative Party included "scrapping it" in their election manifesto.  Their dislike of some decisions of the European Court of Human Rights (E Ct HR) is well-known.  The most notable example is the insistence by the E Ct HR that the UK's blanket ban on prisoner voting is contrary to the convention.

A 12 week consultation period is short and no sensible analysis can be properly undertaken unless the DRAFT BILL is also included as part of the consultation document.  There is no indication in the Independent article that it will be.  Without the Bill, we are likely to see only a set of somewhat loaded consultation questions.  That would be highly unsatisfactory.

This matter is too important to be rushed through on a fast-track process which could mean that debate in Parliament is severely limited.  There is a worrying fondness for fast-tracked legislation on the part of Ministers.  It is open to constitutional objection* in that it is contrary to the notion that Parliament should fully analyse and debate legislative proposals.  Those who wish to comment are  denied a proper opportunity to consider their case and communicate it to MPs.  Furthermore, fast-tracking legislation can lead to problems that might have been avoided with a less rushed process.

Mr Gove should hold his horses.  The draft Bill must be published.  Adequate time must be allowed for consultation on the draft and Parliament must be given the necessary time to address the government's proposals.  The Human Rights of the People merit no less.

UK Human Rights Blog - The round up: Gove's Gallop to the Commons

• Constrained parliamentary scrutiny
• The degree to which legislation is fast-tracked
• Does fast-tracking of legislation lead to bad legislation?
• Pressure on the procedural process
• Pressure on campaigners and interested organisations
• The “something must be done” syndrome
• Exaggerating the case for fast-tracking
• Including non-urgent matters in a fast-tracked bill
• “Act in haste and repent at leisure”
• Executive dominance of the fast-track process
• Differences between the Commons and the Lords 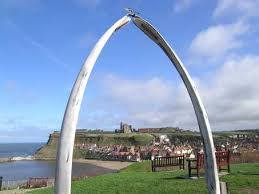