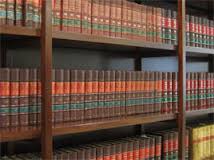 The tragic "assisted dying" cases of Nicklinson and Lamb v United Kingdom have been ruled inadmissible by the European Court of Human Rights.  The court's reasons are summarised here and here is the decision of the Fourth Section of the Court.  Law and Lawyers post of 25th June 2014.

There is some kind of rose coloured spectacles nonsense
developing that somehow the common law is as capable of protecting human rights as the present Convention system combined with the UK's Human Rights Act 1998.  Anyone needing an antidote to this must read Mark Elliott's article - Michael Gove, the Justice Committee and the Human Rights Act.   Now I am far from saying that common law offers nothing but, at least traditionally, it came nowhere near the present system of protection though it was possible to identify within it some of the ideas that informed those who drafted the European Convention on Human Rights.  Perhaps THE most fundamental rule of the common law was its total obeisance to the legislative supremacy of Parliament.  In modern times, the executive largely controls the Parliamentary timetable.  Who then holds the reins of supremacy?

The Law Commission is consulting about protective care for people unable to consent to treatment - Providing protective care to people unable to consent to treatment.  See the consultation document - open until 2nd November 2015.  This opens up the whole topic of Deprivation of Liberty Standards as discussed on this Youtube video.

Later this year, joint enterprise liability in criminal law will be subjected to the UK Supreme Court in the case of R v Jogee.  See the Court of Appeal judgment.  The Crown Prosecution Service has a useful document summarising this doctrine.

Legal Futures points out to Mr Gove that Solicitors are also lawyers.

The Justice Gap comments - If you can't find an appeal lawyer, blame the Ministry of Justice


Suesspiciousminds looks at IS v Director of Legal Services 2015 - the judgment is here.

The New Statesman considers how Legal Aid Cuts have scuppered physical or mental abuse case in the Family Court   The author is Lucy Reed,  a family law barrister who blogs at pinktape.co.uk and tweets as @familoo.