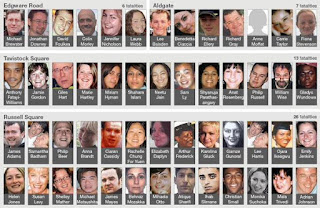 Inquests were conducted by Lady Justice Hallett who was appointed to the role of Assistant Deputy Coroner for Inner West London.  The National Archives website has details of the Inquests.  The Coroner issued a Rule 43 Report and a Review of progress report was issued by the government in May 2012.