An Extremism Bill this autumn and a Counter-Extremism Strategy

In a speech delivered on 20th July, the Prime Minister outlined his views, concerns and plans relating to "Extremism" - Speech at Ninestyles School, Birmingham on 20th July 2015.  An Extremism Bill is promised in the autumn along with announcement of the government's Counter - Extremism Strategy.  This is a subject with massive political ramifications.  This post looks briefly at some of the possible legal aspects of the strategy as outlined in the PM's speech.  Any new "Extremism Act" will add to the already considerable volume of counter terrorism legislation on the statute book and demands for new or extended powers seem to come almost daily.

The Prime Minister's speech was focused on "tackling Islamist extremism – not Islam the religion" and he praised the contributions of many British Muslims to British society.  The PM described "British Values" by saying:


"We are all British. We respect democracy and the rule of law. We believe in freedom of speech, freedom of the press, freedom of worship, equal rights regardless of race, sex, sexuality or faith.
We believe in respecting different faiths but also expecting those faiths to support the British way of life. These are British values. And are underpinned by distinct British institutions. Our freedom comes from our Parliamentary democracy. The rule of law exists because of our independent judiciary. This is the home that we are building together."

The speech indicated four aspects of the counter-extremism strategy.  (1) Counter the extreme ideology underpinning extremism.  In this area Cameron said that our strongest weapon is our liberal values.  (If so, then we must not relinquish those values).  (2) Tackle both parts of the extremism creed - the violent and the non-violent.  The latter includes those groups and organisations that may not be advocates of violence but which promote other parts of the extremist narrative.  (3) Embolden different voices in the Muslim Community - more moderate and reforming voices.  (4) Build a more cohesive society.

Were there any specific clues as to what might be in the Extremism Bill?  Cameron said:

" ... as part of our Extremism Bill, we are going to introduce new narrowly targeted powers to enable us to deal with these facilitators and cult leaders, and stop them peddling their hatred. And we will also work to strengthen Ofcom’s role to enable us to take action against foreign channels that broadcast hate preachers and extremist content."

We also know from the speech that the Home Secretary (Theresa May) has put in place a review of Sharia Courts.  (I have not been able to find details of this review but see National Secular Society 23rd March).  Note added 5th May 2018 - See the Report from this Review.

Regulations will be "toughened" so schools have to report children who go missing from school rolls mid-year – some of whom, we fear, may be being forced into marriage.  There will be a consultation on legislating for lifetime anonymity for victims of forced marriage.

The PM also noted that there is legislation for authorities to seize the passports of people they suspect are planning on taking girls abroad for FGM.  New protection orders came into force last Friday and were used immediately by Bedfordshire police to prevent two girls being taken to Africa.
( See World Health Organisation - FGM for detail on this serious matter).

Louise Casey is being commissioned to undertake a review of how to boost opportunity and integration and bring Britain together as one nation.   This review will lead to a new "Cohesive Communities Programme" to be announced in 2016.  Update - See the Report by Dame Loiuse Casey - December 2016.

Yet another aspect of the speech was his view that "the government needs to start asking searching questions about social housing, to promote integration, to avoid segregated social housing estates where people living there are from the same single minority ethnic background."

"Similarly in education, while overall segregation in schooling is declining, in our most divided communities, the education that our young people receive is actually even more segregated than the neighbourhoods they live in" .... "it is right to look again more broadly at how we can move away from segregated schooling in our most divided communities. We have already said that all new faith academies and free schools must allocate half their places without reference to faith.  But now we’ll go further to incentivise schools in our most divided areas to provide a shared future for our children, whether by sharing the same site and facilities; by more integrated teaching across sites; or by supporting the creation of new integrated free schools in the most segregated areas."

There is clearly much of potential legal interest in this speech and the Extremism Bill looks like it will be a lengthy document with considerable extensions of State power which will inevitably appear to be necessary to underpin the Counter- Extremism Strategy.  The more powers in the hands of the State, the greater the potential for intrusion into the life and liberty of the citizen.

It is worth remembering that freedom under a fair and reasonable rule of law is also a "British value" and great care will be needed to achieve a balance between maintaining freedoms and addressing the serious problem of extremism.  Some concerns have already been expressed - for example, Politics.co.uk 20th July 2015.

The human rights framework in the UK helps to achieve such a balance and yet this framework is under challenge from the government.  Their detailed proposals on human rights are expected in the autumn.  A vast amount of electronic "ink" has been expended in discussion of this issue - (for example, see post of 15th May and the links therein).

"Access to the courts" (a fair and impartial tribunal) has also been a traditional "British value" and assists in the peaceful settlement of disputes.  In practice, this is being undermined by the erection of barriers to justice such as reductions in legal aid and the introduction of court fees which are likely to be increased in certain areas (see the latest consultation).  "Judicial Review" - an important, if expensive and cumbersome means by which the rule of law is applied to government itself  - is also becoming subject to further restrictions (see the latest consultation).

One aspect of the speech was very specific in its target.  The Prime Minister said:

"I want to say something to the National Union of Students. When you choose to ally yourselves with an organisation like CAGE, which called Jihadi John a “beautiful young man” and told people to “support the jihad” in Iraq and Afghanistan, it really does, in my opinion, shame your organisation and your noble history of campaigning for justice."

The activities of the advocacy organisation CAGE were the subject of a blogpost on 2nd March 2015 (A multi-angled story)  and it is interesting to note that the High Court is to hear an application for judicial review of decisions relating to action by the Charity Commission to pressure charities not to fund CAGE - The Guardian 23rd July.   The Guardian has also reported that CAGE is seeking legal advice as to whether the Prime Minister's speech was defamatory. 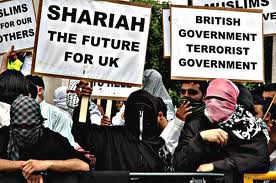