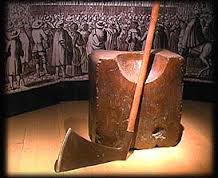 A very large number of court buildings will be closed across both England and Wales.  Today, a consultation was issued by Ministry of Justice in conjunction with Her Majesty's Courts and Tribunal Service and it puts a case for closure of a further 57 Magistrates' Courts, 19 County Courts, 2 Crown Courts, 4 tribunal hearing centres and 9 combined courts.

The consultation runs from 16th July to 8th October.  There is little doubt in my mind that these buildings WILL close unless some exceptionally good case can be advanced for keeping a particular court.  Whilst the Secretary of State (Mr Gove) spoke to the Justice Committee about courts being within an hour's travel for the public, this consideration will not count for much when set against the Treasury imperative of saving money.   In fact, in some parts of the country, the hour - even by car - is but a pious hope!  No part of the country seems to escape this axemanship.

Here are just three of the potential victims .....

They will soon be much further away for many than that with all the additional stress that will entail for members of the public required to attend whether as defendants, litigants in civil cases, witnesses etc.  There is comment in the consultation about using other public buildings to maintain access to justice.  The extent to which that is feasible remains to be seen.