The new Secretary of State for Justice and Lord Chancellor (Mr Chris Grayling MP) was sworn in and took the oath laid down in the Constitutional Reform Act 2005 section 17- (CRA).  The oath has to be taken "as soon as may be after his acceptance of office."

Lord Neuberger took both the Oath of Allegiance and the Judicial Oath. 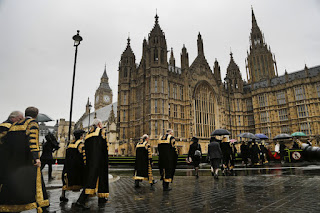 Photographs of the Judges Service etc are here

The Supreme Court of the United Kingdom - Welcome from Lord Neuberger