It is rare that on a Monday morning one comes across a speech which is such a pleasure to read as the Seckford lecture by the President of the Supreme Court (Lord Neuberger) at Woodbridge School 18th October - Lord Erskine and Trial by Jury  (Acknowledgment: Supreme Court - Speeches)

Lord Neuberger reminded us of many things which are particularly precious in our system of law and his lecture contains many interesting and pertinent observations relating to the independence of the judiciary (an independence referred to by Erskine as "sacred"); the benefits which life outside the law bring to advocacy [14], the courage and judgment possessed by only the best advocates [22], styles of advocacy [27] - Erskine's was "rhetorical, even orotund and extravagant" and would not go down well today; why cases take much longer in modern times [28]-[30]; a plethora of statutes not being conducive to the rule of law [31]; judgments [31] and that the law is becoming obscure, uncertain and forbidding.  He (rather mischievously) notes that "equity barristers are now used to public speaking" [43] and that the best barristers give the impression that the judge or jury is hearing a first class point from a third class advocate.  A comment related to sentencing is at [44]

"The Gordon Riots themselves emphasise that, viewed through the prism of history, the recent Tottenham riots were not as extraordinary as they seemed at the time. And hanging many of the rioters can be contrasted with the four year prison sentences for some of the Tottenham rioters. Our sentencing of criminals may be markedly more severe than in most of the rest of Western Europe, but we have come a long way since the 18th century."

Next, Lord Neuberger touched upon protest [46] and the need to balance the public interests involved.

.  At [53] Lord Neuberger reminds us of what Erskine said at the trial of Thomas Paine about the role of the advocate:

‘I will for ever, at all hazards, assert the dignity, independence and integrity of the English Bar, without which impartial justice, the most valuable part of the English Constitution, can have no existence. From the moment that any advocate can be permitted to say that he will, or will not, stand between the Crown and the subject arraigned in the court where he daily sits to practise, from that moment the liberties of England are at an end. If the advocate refuses to defend, from what he may think of the charge or of the defence, he assumes the character of the Judge;..."

There is perhaps a tendency to underplay what it means to have – and why we need – an independent Bar. Erskine’s decision to proceed with Paine’s defence meant that he lost a lucrative position [as Attorney-General to the Prince of Wales] and could well have lost future work. If he had had a purely commercial approach or was answerable to shareholders, he may well have had second thoughts and handed back the brief. He only had his conscience and his duty to ensure that justice was done to concern him.

It is not a case that an advocate defends the guilty. Guilt is a question for the court, and in important criminal trials, the jury. It is not for an advocate to presume to determine guilt, to set aside the presumption of innocence. Just as importantly it is not for the advocate to connive in the subversion of the rule of law, which he would do if he refused or was able to refuse to defend. The rule of law is only meaningful if it applies to all of us, even those accused of the most offensive of crimes. If it does not apply to all then we have sacrificed justice for caprice and tyranny. Erskine’s defence of his duty – not his right, but his duty – to defend Paine is a defence of a duty owed to us all by the State: a right to impartial justice.

At [60] Lord Neuberger turns to the importance of the jury.

" ...  Erskine explained why an independent jury is such an important element of a just society. He said this, ‘Criminal justice in the hands of the people is the basis of freedom. While that remains there can be no tyranny, because the people will not execute tyrannical law against themselves.  Whenever it is lost, liberty must fall along with it. . . ’ 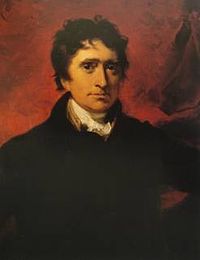 This post was kindly published by Legal Week - Legal Village on 25th October 2012.
Posted by ObiterJ at Monday, October 22, 2012