As a number of recent posts on this blog show, sentencing is a far from easy exercise.  The Judiciary has just published sentencing remarks in two cases.

First, the case of Trenton Oldfield convicted of "Public Nuisance" in connection with him swimming into the path of the Oxford-Cambridge Boat Race on 7th April.  Her Honour Judge Anne Molyneux sentenced Oldfield to 6 months imprisonment - Sentencing Remarks and BBC News 19th October.

For information about the common law offence of Public nuisance see Odd Corners of the Criminal Law 24th April.

"A person is guilty of a public nuisance who (a) does an act not warranted by law, or (b) omits to discharge a legal duty, if the effect of the act or omission is to endanger the life, health, property or comfort of the public, or to obstruct the public in the exercise or enjoyment of rights common to all Her Majesty’s subjects" - Stephen Digest of the Criminal Law (1877) - approved R v Rimmington and R v Goldstein [2006] 1 AC 459 (HL), [2005] UKHL 63

Outrageous, unjust sentence for Trenton Oldfield. As an Oxford grad I wonder if it would have been 6 months if not that ludicrous boat race?

So Justin Lee Collins gets community service for his vile abuse and Trenton Oldfield gets six months for disrupting the Boat Race? HUH?!?

Interrupt a poxy boat race you get longer prison sentence than burglars and muggers get. Screwed up UK.

Trenton Oldfield judge: "sentence totally in keeping with sentencing guidelines as laid down by the Queen of Hearts in Alice in Wonderland".

Cannot seriously believe that, had it not been an Oxford/Cambridge thing, Trenton Oldfield would have received 6 months in prison

The judge's closing remarks sum up her view of the case:

"Your offence was planned. It was deliberate. It was disproportionate. It was dangerous. You have shown no regret.  The court has regard to the principles of sentencing as set out in the Criminal Justice Act. The Court has weighed the culpability and harm of your actions."

It is not clear from the sentencing remarks what purpose the judge had in mind when imposing this sentence but section 142(1)(a) (Punishment) or (b) (Deterrence) seem to be the applicable purposes.  Section 152(2) must always be borne in mind - "The court must not pass a custodial sentence unless it is of the opinion that the offence, or the combination of the offence and one or more offences associated with it, was so serious that neither a fine alone nor a community sentence can be justified for the offence."

Can it truly be said here that neither a fine nor a community sentence could be justified?  Oldfield could, for example, have been given a community order with up to 300 hours unpaid work.  If the court really considered that the custody threshold had been passed then consideration could properly have been given to a suspended sentence order with an unpaid work requirement.  Surely, such sentences are preferable in cases such as Oldfield than to have him languishing in a cell for 3 months (he will serve half).  Imprisonment in his case is only likely to reinforce his belief that he is in jail because the race he spoiled happened to be an elitist one. 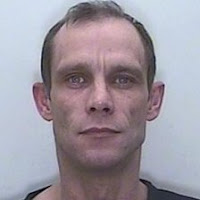 The second case is that of Christopher Halliwell sentenced for the murder of Sian O'Callaghan in March 2011.  Halliwell pleaded guilty.  BBC News 18th October and Sentencing remarks of Mrs Justice Cox.  Her Ladyship rejected an account of his actions which he put forward, via counsel, at the sentencing hearing.  This was a savage and brutal murder involving, as the judge concluded, sexual conduct.  There were extensive attempts to conceal the body.  Cox J imposed a sentence of life imprisonment and concluded that a 30 year minimum term was the starting point.  This was reduced to 25 years because of the guilty plea and a further 571 days in custody awaiting trial were allowed for.  Halliwell must serve this period (around 23.5 years) before he is eligible for parole.  He would only then be released if the Probation Service considered it appropriate and any release will be on licence for the rest of his life.  Halliwell will be 71 years of age by the time he has served his tariff.

Cox J also made some rulings on preliminary issues which are of interest.  A shorter summary of the rulings is also available.  These are actually of some importance since their effect was to terminate any trial of Halliwell for a second murder (Becky Godden-Edwards).  The question in issue was the conduct of Police Superintendent Fulcher who disregarded the rules and codes of practice applicable under the Police and Criminal Evidence Act 1984.

completely disregarding the law and breaching the rights of a suspect in as serious a case as this is not a case of exploiting ‘a loophole’, it is unforgivable and utterly disgraceful behaviour by a senior officer who clearly knew what he was doing was unlawful and who ought to be ashamed of himself.