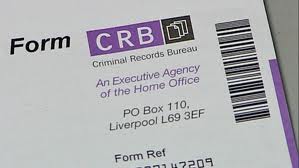 The Administrative Court has decided R (Application of J) v Chief Constable of Devon and Cornwall [2012] EWHC 2996 (Admin) Foskett J.  The application concerned an Enhanced Criminal Records Certificate which the Police were proposing to issue in respect of a nurse seeking employment.

The leading case in this area is R (on the application of L) (FC) (Appellant) v Commissioner of Police of the Metropolis [2010] 1 AC 410, a decision of the Supreme Court given in October 2009.

Enhanced criminal record checks are carried out in various specified circumstances, such as where people are applying to work with children or vulnerable adults, for various gaming and lotteries licences, for registration for child minding and day care or to act as foster parents or carers.


The check is enhanced in the sense that it will involve a check with local police records as well as the centralised computer records held by the Criminal Records Bureau. As well as information about minor convictions and cautions, it will reveal allegations held on local police records about the applicant's criminal or other behaviour which have not been tested at trial or led to a conviction. If the information satisfies the tests that [the relevant statutory provision] lays down, it must be given to the Secretary of State and the Secretary of State for his part must include it in the ECRC.

Clearly, the inclusion of allegations (not tested at trial) will be likely to damage the employment prospects of those requiring these certificates and it is possible to challenge a proposed certificate on Article 8 (Right to respect for private and family life) grounds.

J's case does not seem to strike any new law but is an example of the approach to be adopted in deciding whether particular material should be included in a certificate.  Here, the Police had concluded that allegations made against J in 2007 and in 2011 should be included.  In the court, Foskett J disagreed and declared that the disclosure breached J's Article 8 rights.

Foskett J said of the 2007 allegation - Applying the general approach to the issue of proportionality set out in L by Lord Neuberger .... , looking at the material about the incident as a whole, I do not consider that it possessed such intrinsic gravity that demanded disclosure in an ECRC bearing in mind the weight, on the other side of the scale, of the Claimant's Article 8 rights.   See judgment paras. 54-58.

In 2011 there were 3 allegations on record.  Foskett J said - "Again, applying the approach suggested by Lord Neuberger, the balance, in my view, would be decidedly against disclosure if the 2011 allegation (or indeed allegations) stood alone."  Judgment paras. 59-68.

However, did the two sets of allegations gain a weight tilting the balance in favour of disclosure [69].  At [73] Foskett J concluded that, whilst it was correct to review the 2007 matter in the light of the 2011 allegations, it was very difficult to see how the latter allegations, which were unproved and unsubstantiated in the sense of establishing any wrongdoing on the Claimant's part, could give credence to the allegation made in 2007 which, if made initially, was never sustained or pursued. Indeed it was effectively withdrawn."

Thus, J won the application.  At [75] Foskett said - " ... I do not consider that the risks generated by the possibility of occasional heavy-handedness (the suspicion of which has been raised by the allegations) outweighs the Claimant's right to respect for private life under Article 8."

However, Foskett J also noted [76] that J may "face the possibility that these matters will be referred to in confidential references, but that is a different matter."

The issue is one of proportionality:


It will be clear enough from this judgment that the "balancing approach" (Disclosure v Article 8) is not only a difficult exercise but is likely to produce different decisions depending on the decision-maker, the factual matters taken into account and the weight given to those matters.

In a nutshell,  the issue is one of proportionality - [Lord Neuberger in L's case at para 82].

The L case also indicates that, normally, protection of Article 8 rights would require that the applicant be given a  fair opportunity to answer any allegation involved in the material concerned.  Where the material has potential relevance to the post for which the applicant has applied, or where the information is historical or vague, it would often, indeed perhaps normally, be wrong to include it in an ECRC without first giving the applicant an opportunity to say why it should not be included.

The relevant statutory provision for the purposes of the present case is section 113B of the Police Act 1997, inserted by section 163(2) of the Serious Organised Crime and Police Act 2005. It does not differ in any material respect from its predecessor, section 115 of the 1997 Act, to which the judgments in L related. (The section has been amended again with effect from 10 September 2012.)

Criminal Records Bureau - from 1st December merges with the Independent Safeguarding Authority to become the Disclosure and Barring Service.
Posted by ObiterJ at Monday, October 29, 2012