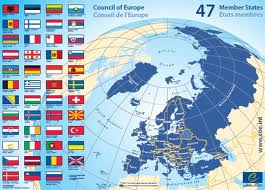 
Update 30th October: Head of Legal blog - Prisoners' votes: what's the government up to?  Are they missing a trick?

Post updated 26th October  to include video of the Attorney General at the House of Commons Justice Committee.

The Prime Minister (Rt. Hon. David Cameron MP) said that serving convicted prisoners will never get the vote under this government.  The Attorney-General (Rt. Hon. Dominic Grieve MP QC) - the Senior Law Officer of the Crown - argues that the United Kingdom will lose respect in international circles if it fails to comply with the ruling of the European Court of Human Rights.  Grieve however acknowledges that whether prisoners are permitted to vote is essentially a matter for Parliament which is "sovereign."  On the differences between Cameron and Grieve see the article in The Guardian by Joshua Rozenberg.

Let's be clear right away.  The European Court of Human Rights came down against the blanket, disproportionate, ban on voting imposed by the UK.  The court did not rule against a ban in all circumstances.  It is entirely possible that a ban could be maintained in relation to prisoners serving sentences for very serious offences and, ironically, any such ban could (if Parliament were to so decide) include prisoners sentenced for offences similar to those committed by John Hirst (Manslaughter) and Greens (rape).

"It is important to remember that in Hirst No. 2 the Court criticised the automatic and indiscriminate ban on convicted prisoners voting. That was the rationale, not that all prisoners were banned from voting"

" ... the Court has recently reiterated that it will give states a wide discretion as to how many prisoners it will allow to vote. The Court’s outgoing British president made this point powerfully in yesterday’s Independent."


In May 2012, after Scoppola v Italy No. 3 (link to post on UK Human Rights blog), the UK was given a further (and perhaps final) 6 month period to take action toward implementation of the judgment against the UK in Hirst No.2.  Suppose we get to 22nd November and the government has done nothing toward amending the law.  In this event, there would be a prima facie case of breach of Convention obligations [Art. 46.1] by the UK but what might happen?  Article 46 of the European Convention on Human Rights applies.

Binding force and execution of judgments


Art. 46
1. The High Contracting Parties undertake to abide by the final judgment of the Court in any case to which they are parties.

2. The final judgment of the Court shall be transmitted to the Committee of Ministers, which shall supervise its execution.

3. If the Committee of Ministers considers that the supervision of the execution of a final judgment is hindered by a problem of interpretation of the judgment, it may refer the matter to the Court for a ruling on the question of interpretation. A referral decision shall require a majority vote of two thirds of the representatives entitled to sit on the committee.

4. If the Committee of Ministers considers that a High Contracting Party refuses to abide by a final judgment in a case to which it is a party, it may, after serving formal notice on that Party and by decision adopted by a majority vote of two thirds of the representatives entitled to sit on the committee, refer to the Court the question whether that Party has failed to fulfil its obligation under paragraph 1.


Thus, the Committee of Ministers would first refer the matter back to the court which must rule on breach.  Much would depend here on precisely what was expected by the phrase "refuses to abide by a final judgment in a case to which it is a party ..."

Assuming the likely scenario that the court finds that the UK is not abiding by the judgment then the Committee of Ministers has to consider the measures to be taken.  What then is possible?

The mechanisms for enforcement are the Achilles Heel of the Convention arrangements.  The Statute of the Council of Europe Article 8 enables suspension from rights of representation for serious violation of human rights.  Whether denial of voting rights amounts to a serious violation is a moot point.  Furthermore, Art 8 makes possible the removal of a member State but this has never happened and, to be frank, many current member states have far worse human rights abuses than the UK - (e.g. abuses of Article 3).

Short of loss of representation rights or removal, the process for enforcement lies in persuasion and perhaps embarrassment of the government of the State in question.  There is also the possibility that the Parliamentary Assembly becomes involved in holding the defaulting state to account.

The Brighton Declaration 2012 rejected a proposal that fines might be imposed for non-compliance.

Embarrassment of the UK or worse?

The government possibly considers that any damage to the UK by non-implementation of prisoner voting will be minimal.  Of course, this may prove to be right.

It is commonly accepted that the effectiveness of the enforcement process is critical to public perceptions of the Court’s authority and the credibility of the system.  The effectiveness of institutions at the European level depends substantially upon the capability and willingness of national bodies to respond appropriately and adequately.

A refusal to implement a judgment carries the possibility that the UK's standing as a nation to be trusted in international law will be harmed.  The UK is a major player in international affairs (e.g. UN Security Council Permanent Member etc).  Harm to the nation's standing might result in unforeseen and possibly more serious consequences - e.g. in relation to adherence to treaties generally or to the willingness of other nations to enter into treaty obligations with the UK.

A further point is that by not adhering to responsibilities in international law, Ministers would place themselves in breach of their own Ministerial Code which contains an overarching duty to comply with the law including international law and treaty obligations and to uphold the administration of justice and to protect the integrity of public life.

Here are the key points from Dominic Grieve's evidence to the justice committee about prisoner voting - from Politics Live: Prisoner Voting row
.
• Grieve said that Britain should abide by the European court of human rights ruling saying the blanket ban on prisoner voting should be lifted.

• He said Britain's reputation would suffer if it ignored the ruling.


The issue is whether the United Kingdom wishes to be in breach of its obligations, and what that does reputationally.
Inevitably, if we were to be in default of a judgment in the European court of human rights, whilst clearly there would be some people who could put forward logical arguments as to why we should be, equally I have absolutely no doubt that it would be seen by other countries as a move away from our strict adherence to human rights laws.

• He said there was considerable flexibility in how the ruling could be implemented.


There are numerous ways in which government or parliament might, could, if it wished to, approach the issue of change to the blanket ban, and that that approach need not necessarily be entirely in the direction that we have got to give more convicted prisoners the vote. There is an inbuilt flexibility in the Scoppola judgment which wasn’t really present in [an early judgment from the court in this case].

• He refused to say whether there would be a draft bill published on the matter.
• He said that ultimately parliament could decide to ignore the European court if it wanted.


It is entirely a matter for parliament ultimately ... to determine what it wants to do. Parliament is sovereign in this area. Nobody can impose a solution on parliament.

• He said ministers were obliged under the ministerial code to honour their international legal obligations.


But, as I say, the accepted practice is that the United Kingdom observes its international obligations. And that is something that is spelt out in a number of places, including the ministerial code.

• He rejected a suggestion from the Tory MP Nick de Bois that nothing would happen to the UK if it ignored the European court. In theory, the UK could even be thrown out of the Council of Europe, he said.


I’m not in a position to speculate one way or another what the outcome would be if the United Kingdom government and parliament decided not to respond to the Scoppola judgment. What would happen in practice is a matter of speculation ...
As to what the end game would be, whether it would mean that the United Kingdom decided to leave the Council of Europe, or be expelled from the Council of Europe, I don’t think I would wish to hazard a guess. But it is at least technically possible that a country that is in breach of its obligations can be removed.

He said that this had only happened once, to Greece in the 1960s, after the military staged a coup. [See my note below]

• He said ignoring the ruling would be "costly" to the government.


There’s an issue, I think, that has been canvassed previously, that there would be damages claims stacking up against the United Kingdom government in respect of individual prisoners who would claim that their right to vote had been denied them. Therefore that would be costly to the United Kingdom government, unless it chose not to pay those, in which case that would be a further breach of its international obligations.


Note: Greece was run by the military in the period 1967 to 1974 and the regime came under criticism within the Council of Europe.  In December 1969, Greece withdrew voluntarily from the Council.  The UK wished Greece to continue in membership - mainly for strategic military reasons connected with NATO.  The article by Thomas Hammarberg (18th April 2007) - "The Greek case became a defining lesson for human rights policies in Europe" - is well worth reading.


A video of the Attorney General before the House of Commons Justice Committee on 24th October. Discussion of prisoner voting commences at about time 46 minutes.