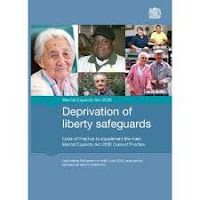 The Trinity Law term ran from 7th June to 29th July and produced some important decisions.  The Michaelmas Law Term does not start until 3rd October so the senior courts will be relatively quiescent until then.  This provides an opportunity to look at a few of the decisions during Trinity term.


The Court of Protection:
Little is known by the general public about the Court of Protection.  It was created, from 1st October 2007,  by the Mental Capacity Act 2005 s45.  It has the same powers, rights, privileges and authority as the High Court.  A general description of the court's work is available via the Judiciary website.  Court of Protection Rules provide that the court usually sits in private (Rule 90).  The court may authorise publication of information about proceedings but, in doing so, is entitled to insist on the parties remaining anonymous. In fact, quite a number of judgments have been published.   Where the proceedings concern a person's personal welfare the general rule is that there will be no order as to the costs of the proceedings or of that part of the proceedings that concerns P’s personal welfare (Rule 157) but, under Rule 159, the court may depart from the general rule if circumstances justify.

Court of Protection Report for 2010


Recent decisions of the Court of Protection:
Two cases of particular interest arose in June.  First, was the very disturbing Steven Neary case which Law and Lawyers followed earlier.  The court's full judgment (of Peter Jackson J) is available.

The second case is that of Cheshire West and Chester Council v P and another [2011] EWHC 1330 (COP) - Baker J.   This case is of particular interest for three reasons.  The main reason is the consideration by Baker J of the distinction between deprivation of liberty and restraint.  It may be that, in the course of dealing with a person, the professional staff involved have to exercise restraint to some extent.  When does that amount to deprivation of liberty?  The case is also of interest because
Baker J ordered that the local authority in question be named and also that they pay an element of the costs.  Underlying this was the fact that an employee of the local authority (referred to as "A") had altered records relating to the management of a man who lacked mental capacity - referred to as "P"

"P" required a considerable level of care and that included the need, from time to time, for staff to check his mouth and, if necessary, to remove material which he had a habit of eating.   The full details of the case are clearly set out in the judgment.

The factors to be considered when deciding whether there is deprivation of liberty are at para 46 of the judgment which refers to the Court of Appeal decision in P v Surrey County Council [2011] EWCA Civ 190 (Wilson LJ).   The tests, as set out by Baker J, are worth setting out in full:-


(1) Section 64(5) of the 2005 Act provides that references to "deprivation of liberty" in the Act have the same meaning as in Article 5(1) of ECHR. Any analysis of whether P has been in fact deprived of his liberty must therefore have close regard to the jurisprudence of both the English courts and the European Court on the interpretation of that Article.
(2) That jurisprudence makes clear that, when determining whether there is a "deprivation of liberty" within the meaning of Article 5, three conditions must be satisfied, namely (a) an objective element of a person's confinement in a particular restricted space for a not negligible time; (b) a subjective element, namely that the person has not validly consented to the confinement in question, and (c) the deprivation of liberty must be one for which the State is responsible: see Storck v Germany (2005) 43 EHRR 96 and JE v DE and Surrey CC, supra.
(3) When considering the objective element, the starting point is to examine the concrete situation of the individual concerned, and account must be taken of a whole range of criteria such as the type, duration, effects and manner of implementation of the measure in question.
(4) The distinction between a deprivation of, and a restriction of, liberty is merely one of degree or intensity and not one of nature or substance: Guzzardi v Italy (1980) 3 EHRR 333, Storck v Germany, supra
(5) A key factor is whether the person is, or is not, free to leave. This may be tested by determining whether those treating and managing the patient exercise complete and effective control of the person's care and movements: HL v United Kingdom, supra.
(6) So far as the subjective element is concerned, whilst there is no deprivation of liberty if a person gives a valid consent to their confinement, such consent can only be valid if the person has capacity to give it: Storck v Germany supra.
(7) So far as the third element is concerned, regardless of whether the confinement is effected by a private individual or institution, it is necessary to show that it is imputable to the State. This may happen by the direct involvement of public authorities or by order of the court.
So far as "P" was concerned, Baker J held that he was deprived of his liberty.  This was principally on the basis of 2a (the objective element) in the tests.


Does any particular party bear a burden of proof in relation to establishing deprivation of liberty?
This question was raised and was dealt with deftly by Baker J at paras 50 to 52.  The short answer is NO.  The court acts on inquisitorial lines and has the task of assessing whether an adult lacks capacity.  The court is not just a disinterested party tasked with deciding a dispute brought by parties.


The consequences of a finding of deprivation of liberty:
The professionals are obliged to keep "P"s condition under review and ensure that measures taken are the least interventionist possible.  There will also be on-going reviews by the court.


Postscript:
Baker J added a postscript to his judgment which pointed out the excellent work done week in, week out, by people caring for others such as "P."   Many such people have profound and challenging disabilities.  "The excellent work of professionals in this field deserves greater public recognition."