Earlier this week, the Crown Prosecution Service (CPS) announced an investigation into the alleged suppression of evidence in the Ratcliffe-on-Soar protesters case - see The Guardian 7th June.   This was to be an internal inquiry conducted by a senior Crown Prosecutor.  On 16th January 2011, Law and Lawyers looked at this matter in "Climate Change Protesters - No. 3 - I was just wondering ..."  Earlier posts on the Ratcliffe-on-Soar case(s) were 8th January and 10th January.    The Independent Police Complaints Commission (IPCC) commenced their investigation into this in January.  The announcement from the CPS seems somewhat belated and a purely internal inquiry was most unlikely to satisfy public concern.  It now seems that the inquiry is being "beefed up" since it will be led by a "senior legal figure" - The Guardian 9th June.   The Director of Public Prosecutions (DPP) issued a statement on 9th June.

Notable legal figures have expressed the view that the Criminal Cases Review Commission is no longer "fit for purpose" - The Guardian 6th June 2011 "Miscarriages of Justice are slipping off the public radar." 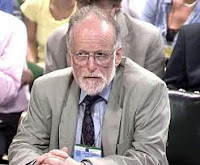 Dr David Kelly -
The Attorney-General has informed the House of Commons that he is not ordering an inquest into the death of Dr David Kelly who died in July 2003 - see Telegraph 9th June.  This case has been particularly controversial.  The Hutton Inquiry decided
that Dr Kelly had committed suicide.  Lord Hutton stated that - " ... the principal cause of death was bleeding from incised wounds to the left wrist which Dr Kelly inflicted on himself with the knife found beside his body."  See Hutton Inquiry and Cause of Death.  The Attorney's statement is perhaps unlikely to be the last we hear of this matter.

The Goodwin and Giggs Show - article by Sir Stephen Sedley

A couple of weeks ago there was a media frenzy over "Injunctions" and "Superinjunctions" and Members of Parliament using Parliamentary Privilege to "out" those who, under the injunction, ought not to have been named.  Retired Court of Appeal judge Sir Stephen Sedley has written about this - see "The Godwin and Giggs show."  This is a scholarly and superbly crafted article and is a MUST-read for anyone interested in this important issue.  Sir Stephen concludes - "The naming of Goodwin and Giggs is on a different plane from ministerial briefings against judges, inappropriate as these are, because it disrupts the historic equilibrium between the judiciary and the legislature."  Interestingly, this week, Sir Stephen has been helping out the Supreme Court.  Sir Stephen has recently published his essays on law and justice - Ashes and Sparks.

Steven Neary - Finally for today, it has been ruled that Steven Neary was detained unlawfully - see London Borough of Hillingdon v Steven Neary [2011] EWHC 1377 (COP).  This has been a disturbing case involving abuse of power by a local authority over a vulnerable young person.  See the earlier post -  Deprivation of Liberty Safeguards 2nd March 2011.  Interestingly, the judge noted that - "These conclusions could be reached by applying long-standing common law principles. Nowadays, the analysis proceeds on human rights lines, but the effect is the same."  A timely reminder perhaps that common law principles, developed over the years by the judges, still have their value.
Posted by ObiterJ at Friday, June 10, 2011