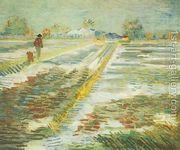 In November Law and Lawyers looked at the case of Police Sergeant Andrews - (here).  It is reported that he has been dismissed from the Police Service - The Guardian 23rd December 2010.  See Video in The Guardian dated 7th September 2010.

In 1993, before the Crown Court at Liverpool (McCullough J and a jury), Norman Edward Gilfoyle was convicted of the murder of his wife Paula.  He was sentenced to life imprisonment with a minimum term to serve in prison of 17 years.  He has now been released on licence and the licence will have conditions attached to it.  Breach of licence conditions can result in return to prison.  There have been two appeals against conviction and both were dismissed.  The first was in 1995 and the second in 2000 - see here for the 2000 judgment.  Despite these two appeals, certain questions have continued to be raised about the safety of the conviction - for example, The Independent 13th August 2010 and The Telegraph 20th February 2010.  A problematic feature of Gilfoyle's release is that he is subject to a condition against talking to the media about the case.  The Times editorial of 23rd December argues that this condition is a threat to justice itself.  "To allow such a restriction on free speech to be maintained in this case poses the risk that the practice might spread with disastrous consequences.  These conditions must be challenged and they will be."   Normally, conditions applicable to release on licence are aimed at management of any risk which the person might present in terms of commission of further offences.

The Lord Chief Justice gave evidence
to the House of Lords Consitution Committee on 15th December.  An unrevised transcript of the meeting is available.  Neither members nor witnesses have had the opportunity to correct the record - see Constitution Committee LCJ.