Deprivation of Liberty: the worrying case of Stephen Neary 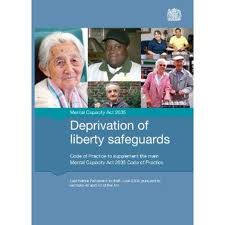 Stephen Neary is aged 20.  He is autistic.  He lived with his father (Michael) until his father had a serious bout of influenza and was temporarily unable to care for him.  Michael arranged for Stephen to be cared for at a local authority run respite centre for just 3 days.  Stephen had been there before.  The respite centre decided to transfer Stephen to a "Positive Behaviour Unit" alleging that he had committed assaults whilst at the respite centre.  The Unit decided to deprive Stephen of his liberty so that he could be "assessed."  He has been held for almost a year and it is argued that he is not suitable to return home.  It now appears that the local authority has applied to the Court of Protection for "Welfare Deputyship."

There is a complex legal history to detention of persons who lack capacity.  At this stage, Law and Lawyers wishes to draw attention to the case which appears to be extremely unsatisfactory.  The present law on the matter is almost unbelievably convoluted.

More about Stephen's case may be read at the Anna Raccoon blog and Law and Lawyers (L & L) urges all readers to consider what is written there.  There is also a petition.  See "The Orwellian Present - Never mind the Future."   L and L is grateful to the excellent CharonQC blog for highlighting this problematic case.

A "Deprivation of Liberty" decision can be challenged in the  Court of Protection.  Please see the legal material below for more information on this process.  Under Court of Protection Rules (issued in 2007) hearings are normally in private (Rule 90) but can be public in some circumstances (Rules 92 and 93).  Persons wishing to issue such a challenge should first seek expert legal advice.  Funding may be available for legal help and legal representation could be applied for in some deprivation of liberty cases.  It is not expected that this area will be unduly altered by the Ministry of Justice's recent legal aid proposals - see paras. 4.92 to 4.94 here.

Court of Protection - HMCS website - link to Practice Direction on Deprivation of Liberty Applications under the Mental Capacity Act 2005 s21A.

The Court of Protection:

Further information about the court is on the Public Guardian website.   The Court issued a report covering the first 2 years of its existence - here.   There has been trenchant criticism of the court and its processes - see, for example, Family Law article by barrister Moira Sofaer.

Addendum 12th December:  Law and Lawyers is grateful for the comment about this post on the Jack of Kent Blog.    Please see - "Bad Law, or there can be two sides to a story" -  Jack of Kent Blog - 11th December.  In all legal matters there are always two sides (maybe more) to any situation and the law and lawyers have to adopt as objective a stance as possible.  This why the post above merely sought to draw attention to the case which certainly appears to be extremely unsatisfactory.
Posted by ObiterJ at Thursday, December 09, 2010