Elected Police Commissioners. Is this a good move? 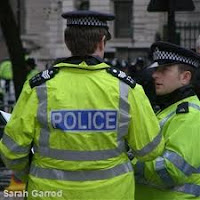 The previous post on this blog took an early overview of the Police Reform and Social Responsibility Bill presented to Parliament on 1st December.  Existing Police Authorities will be abolished and there will be elected Police and Crime Commissioners.  There will also be Police and Crime Panels which will be set up by local authorities.

One may wonder why all of this is seen as so essential at a time when Police Forces have stopped recruiting new officers and are enforcing the retirement of the most experienced officers.  (As an example see BBC report regarding Greater Manchester Police).  The government claims that it will improve the democratic accountability of the Police given that the Commissioners will be elected and the Panels will comprise elected local councillors.  (Police Authorities are mainly Councillors anyway).  According to the Home Office it will put the public at the heart of the fight against crime.

The system proposed by the Bill will hardly be less bureaucratic and its implementation will be very costly.  The Police and Crime Panels will be made up of local councillors but, because local authority and police area boundaries overlap, each Police and Crime Commissioner will be subject to a cumbersome structure of scrutiny by a panel made up of councillors from each of the local authorities involved with the police area.

During October 2010, the Commons Home Affairs Committee heard evidence about the proposals and issued their report "Policing: Police and Crime Commissioners."  A Press Release issued on behalf of the committee indicates briefly some of their concerns - here - including recognition of the point that one of the more likely sources of applicants for Commissioner posts will be from senior Police Officers.  The committee suggests that such officers should have a "cooling off period" of 4 years before being eligible for election.  If that were not the case, an ex-Chief Constable might be elected commissioner and then have to sit in judgment on some of his own previous decisions.

It has also been reported (The Times 2nd December) that several former Metropolitan Police Commissioners are in opposition to the plans.  Lord Stevens has said - "...... big cuts (are) coming to police resources.  Is this really the time to be doing this?"  Lord Imbert does not think it right that one person alone can hire or fire a chief constable" since Police chiefs could be put under pressure to take decisions that suited a Commissioner from a particular political party.  Lord Condon said that he would test the legislation in the House of Lords to ensure that it did not threaten the character of British policing.  "The whole basis of policing is the independence of the office of constable.  Whether it is the PC on the beat or the chief constable, no politician can tell him to use his powers in a particular way.  That historical legacy, a covenant with the public that those awesome powers will be used independently of politics, is uniquely British and must be preserved."

A further interesting interview may be viewed via Youtube in which Bill Bratton (a former Police Commissioner in both New York and Los Angeles) is interviewed along with Cllr. Rob Garnham (Chair of the Association of Police Authorities).  Mr Bratton has also been interviewed by the Home Affairs Committee - here.

The Association of Chief Police Officers states that how the Police are subjected to democratic oversight is a matter for Parliament but they raised practical points with the government during the consultation - see here.  Beyond that they reserved further comment.

This Bill seems to be a change which will achieve not very much but will entail excessive election and transition costs and it is being introduced at a time when, according to the government itself, we are in a desperate financial climate.  Sensible?  Probably not.  As ever, constructive comments are welcome.
Posted by ObiterJ at Thursday, December 02, 2010