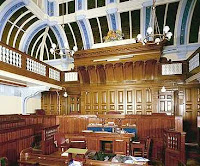 Preparing for the Sentencing Act:

(1) to remove historic layers of sentencing legislation and give effect to the clean sweep; and

(2) to make changes to the existing law of sentencing procedure in order to enable the consolidation in the Code to take place.

The so-called “clean sweep” was proposed by the Law Commission and is explained by University of Kent Criminal Justice Notes 6 June 2019 - "This is a vital part of the strategy to make the Code clearer, simpler and more accessible. Critically, the Code provisions will apply to all offenders whose convictions occur after it has come into force. This will remove the current need to identify and apply historic law and transitional provisions. Subject to limited exceptions necessary to respect the fundamental rights of offenders, the courts (and other users) will only have to refer to the provisions of the Code itself. As acknowledged by the Commission, “[t]his represents a considerable departure from current practice and is a change we think will have a significant impact.”

It may be unfortunate that the "clean sweep" is to be achieved in a very technical way. As the University of Kent notes point out - "Undoubtedly, the concept of the “clean sweep” can make a significant contribution to clarity, accessibility and coherence. It must also be said, however, that the technical manner in which it is achieved in the Pre-consolidation Bill is anything but clear and accessible. It will challenge the interpretation skills of even the most expert judges and practitioners. In particular cases, there is a real danger that it will become a potent source of the very same ills that it is intended to address."

The Sentencing Act 2000: An Act to consolidate certain enactments relating to sentencing.

Parts 2 to 13 of this Act together make up a code called the “Sentencing Code”.

The Sentencing Act 2020 contains 420 sections and 29 Schedules. The sections are divided into 14 Parts but only Parts 2 to 13 form the Sentencing Code.

Section 1(4) reminds us that the Code is not exactly all the metareial relating to sentencing.  It states - "For other provision that may be relevant in relation to sentencing, see - (a) Criminal Procedure Rules, and (b) sentencing guidelines.

Section 2 (Application of the Code) begins - "The Sentencing Code does not apply where a person is convicted of an offence before the commencement date." For those convicted after commencement date, it should only be necessary to consider the Code.

The House of Lords Library provided an excellent short introduction what was then the Sentencing Bill - see HERE.

The role of the Sentencing Council is not affected by either the Act or the Code and, as mentioned earlier, Sentencing Guidelines will continue to apply.