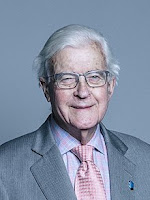 M v Home Office [1993] UKHL 5, [1993] 3 WLR 433, [1994] 1 AC 377 was decided by the House of Lords in 1993.  The appeal gave rise to issues of constitutional importance.  The case concerned the breach of an injunction requiring the return to the UK of M who had been removed to Zaire. A finding of contempt was made against the Home Secretary, then Mr Kenneth Baker MP, but only in his official capacity and not his personal capacity. For the first time, a Minister of the Crown was held in contempt of court.

The most detailed speech
was given by Lord Woolf but the speech of Lord Templeman provides a useful summary of the position:

My Lords, the argument that there is no power to enforce the law by injunction or contempt proceedings against a minister in his official capacity would, if upheld, establish the proposition that the executive obey the law as a matter of grace and not as a matter of necessity, a proposition which would reverse the result of the Civil War. For the reasons given by my noble and learned friend Lord Woolf and on principle, I am satisfied that injunctions and contempt proceedings may be brought against the minister in his official capacity and that in the present case the Home Office for which the Secretary of State was responsible was in contempt. I am also satisfied that Mr. Baker was throughout acting in his official capacity, on advice which he was entitled to accept and under a mistaken view as to the law. In these circumstances I do not consider that Mr. Baker personally was guilty of contempt. I would therefore dismiss this appeal substituting the Secretary of State for Home Affairs as being the person against whom the finding of contempt was made." [End of speech].