Many dimensions to the law ~ Supreme Court judgments of 12th December 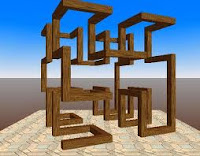 The Supreme Court handed down three judgments on 12th December.

In the matter of A (A Child)

Press summary (PDF)
The cases were concerned, respectively, with the position of a volunteer adviser in a Citizen's Advice Bureau (CAB); whether social work records should be disclosed to the parties in proceedings concerning a child (A); and whether the Scottish Parliament was legally competent to legislate to prohibit the display of tobacco products.  The cases illustrate some of the numerous dimensions of modern day law.

The CAB volunteer was not an employee and was not in a contractual relationship with the CAB.  There was a "volunteer agreement" - signed by both parties - setting out the nature of the role and what was expected of them.  X was asked to stop working as a volunteer in circumstances which, X claimed, amounted to disability discrimination but did the protection of discrimination law extend to a volunteer?  The Supreme Court held that it did not.  Volunteers were not within the protection offered by the either the Disability Discrimination Act 1995 or Directive 2000/78/EC (“the Framework Directive”). The court also held that the matter was not open to reasonable doubt and that a reference to the Court of Justice of the EU was not required.

The court felt that it was being asked to try to reconcile the irreconcilable!  An individual (referred to as X - but not the same X as in the previous case) had made allegations relating to sexual abuse against the child's (A's) father.  X claimed that disclosure of social service records would violate her rights under Articles 3 and 8 of the European Convention on Human Rights.  However, the child A also had rights under Article 3 and 8.  Furthermore, all of the parties were entitled to a fair trial in the proceedings - Article 6.  The Supreme Court held that the records were to be disclosed - the principal concern in family proceedings was to get at the truth.

These are three interesting cases and this is particularly so since, in the same day, the Supreme Court's judgments touched upon a number of dimensions (or "pervasive themes") to the law which have come about in relatively recent years.  These dimensions are:

European Union (EU) law - the force of which is recognised in the UK by virtue of the European Communities Act 1972.  The primary sources of EU law are the Treaties entered into by the member states of the EU.  It is the Treaties which, in turn, give force to the multitude of Regulations, Directives and Decisions emanating from the EU.

The European Convention on Human Rights - has bound the UK in international law since 1953.  It could be referred to in court before the Human Rights Act 1998 but had "persuasive authority" only.  Under the HRA 1998 courts and public authorities in the UK have an obligation, placed on them by Parliament, to apply convention rights.

These dimensions have become vastly important though the foundation stones of our legal system - (built gradually over many centuries via common law and equity) - remain.

Sovereignty and the future:

Through all these dimensions runs the sovereignty of Parliament.  EU law has force in the UK because Parliament permitted the "incoming tide to flow into our estuaries and up the rivers ..." - (Lord Denning MR - HP Bulmer Ltd v J. Bollinger SA [1974] Ch 401 at 418).  The European Convention on Human Rights binds the UK because the UK government agreed to it and the courts apply it because Parliament told them that they must.  The devolved legislatures have only the powers granted to them by the UK Parliament.

Vital decisions, arising mainly from political tensions, face the UK.  The EU is disliked in many quarters and the considerable advantages of membership are rarely mentioned.  There are continual demands for either the UK's relationship with the EU to be revised or for complete withdrawal.

Some of the decisions of the European Court of Human Rights are highly unpopular with Ministers and the Commission on a British Bill of Rights is due to report.  How this will redefine the UK's relationship with the Convention system remains to be seen.  Devolution is a process which, once started, appears to lead onward to further devolvement of power or even to separation.  In 2014 a referendum on Scottish independence will be held.  At this time, the outcome cannot be confidently predicted.

Altogether, 12th December 2012 was an interesting time in the Supreme Court which prompted thoughts on where we are and where we might be heading.