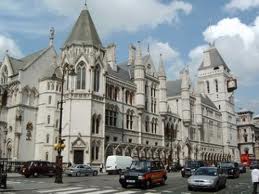 The last day of the Michaelmas Law term 2012 was 21st December and no less than nine Court of Appeal (Civil Division) judgments and four Criminal Division judgments were handed down that day.  These can all be seen on the Bailii website along with the numerous judgments of other courts and tribunals.

It has been long standing practice to give a "discount" on sentence when there is a guilty plea.  The amount of the discount depends on the time at which the defendant indicates "his intention to plead guilty."  Here is a powerful incentive to indicate an intention to plead guilty at the earliest possible stage since the discount can be as high as one-third.  Such a discount can amount to several years in cases where lengthy sentences of imprisonment are inevitable.

The reasons in favour of discounts are said to be: the benefit to victims and witnesses and the saving of public money which has to be expended on preparation for a full trial.  (See the judgment at paras. 5 and 6).

The Court of Appeal noted that "something of the order of 75% of all Crown Court cases result in pleas of guilty; if in all those cases the defendants were out of defiance or otherwise to insist on each detail of the case being proved to the hilt the administration of criminal justice would be in danger of collapse."

The Court was not undertaking a full re-appraisal of reduction for plea.  The Sentencing Council has the overall approach to pleas of guilty and sentencing on its agenda, having deferred further consideration of the topic when the possibility existed (now no longer present) that the Government might seek to introduce legislation upon it. However, in the court's words: "Some questions, ... , arise as to how the SGC guideline should normally be applied.  Furthermore, some aspects of the handling of cases in the criminal courts have altered in recent years and the manner in which the Guideline should be applied to present procedures needs to be considered. It is to these topics that we address ourselves."

Readers may find the court's views on reduction of sentence even in cases of "overwhelming evidence" of interest (paras 23 to 25).  The existing Sentencing Council guidance indicates that reduction may be limited to one-fifth in such cases though the wording of the guidance is very cautious.   The appalling case of R v Paul Wilson [2012] EWCA Crim 386 concerned two oral rapes of a three year old, which had been recorded on camera.  The trial judge refused to make any reduction in sentence for guilty plea even though it was indicated within a week of police interview.  The Court of Appeal reduced the sentence with the Lord Chief Justice noting that - "Even in an overwhelming case the guilty plea has a distinct public benefit. The earlier that it is indicated, the better for everyone…..There are two examples we wish to highlight. First, none of the repellent movie of the little girl would ever be shown in public. No one would ever see her face. In addition, none of it would ever be seen by the jury [who]….would have been horrified… Those are but two advantages of the guilty plea."

It will be interesting to see the outcome of any revision of the Sentencing Council guidance.  The large amount of discount in some serious cases is capable of producing public dissatisfaction with the administration of justice and it may be that Parliament will have to visit this topic in the future.

Existing Guidance - published 2007 by the Sentencing Guidelines Council (as it then was).
Posted by ObiterJ at Friday, December 28, 2012