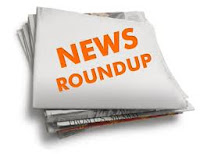 Here is some of the legal news not covered in other recent posts.

The Grand Chamber of the European Court of Human Rights has given judgment in El-Masri v The former Yugoslav Republic of Macedonia (application no. 39630/09).  The case concerned the complaints of a German national of Lebanese origin that he had been a victim of a secret “rendition” operation during which he was arrested, held in isolation, questioned and ill-treated in a Skopje hotel for 23 days, then transferred to CIA agents who brought him to a secret detention facility in Afghanistan, where he was further ill-treated for over four months. The Court found Mr El-Masri’s account to be established beyond reasonable doubt and held that “the former Yugoslav Republic of Macedonia” had been responsible for his torture and ill-treatment both in the country itself and after his transfer to the US authorities in the context of an extra-judicial “rendition”.

The UK is reported to have paid £2.23m to Sami al-Saadi who was abducted  to Libya where he was tortured.  The British government has not made any admission of liability but evidence of UK involvement was discovered in Libya after the fall of Gaddafi in 2011.  It is against the background of cases such as this that the government is pressing ahead with its Justice and Security Bill which will bring about closed material procedures in civil cases.  Mr al-Saadi is reported to have said - "I started this process believing that a British trial would get to the truth in my case. But today, with the government trying to push through secret courts, I feel that to proceed is not best for my family. I went through a secret trial once before, in Gaddafi's Libya. In many ways, it was as bad as the torture. It is not an experience I care to repeat.  Even now, the British government has never given an answer to the simple question: 'Were you involved in the kidnap of me, my wife and my children?' I think the payment speaks for itself."  The Guardian 13th December 2012.

Amnesty - The Justice and Security Bill - has your MP responded to you?

The sentencing remarks of Saunders J in the case of R v Edward Devenney have been published via the Judiciary website.   Between 17th November 2011 and his arrest on 6th March 2012, this Defendant made determined efforts to enter into an agreement to supply secret information to representatives of another country.   Making it clear that such cases would always attract deterrent sentences, Saunders J said that a starting point of 12 years imprisonment was appropriate but this was reduced to 8 years because of Devenney's guilty plea.    Saunders J said: "One principle established in the cases is that it is appropriate in cases like this to pass deterrent sentences. While it can properly be said that the Defendant achieved nothing and is unlikely to be in a position even if he had the inclination to pass on secret information in the future, others must be discouraged from behaving in a similar way. It needs to be understood by those who may be tempted to pass on secrets that long prison sentences must follow even unsuccessful attempts. For those reasons I reject the Defence submission that a deterrent sentence is not appropriate. A consequence of that is that while I take into account the Defendant’s good character, it is of less significance than it would have in other cases. The Court also has to mark the Defendant’s attempted betrayal of not only his country but also his colleagues who must feel great anger at his behaviour. Those who serve their country loyally must know that those who don’t will receive proper punishment."

Welcome as sentencing remarks are, in this case they do not make clear the exact offences and they also fail to make clear what allowance (if any) was made for the defendant's previous good character.

There will be no further action in relation to Gary McKinnon - Crown Prosecution Service/Metropolitan Police Service statement   In October, the Home Secretary decided that Mr McKinnon would not be extradited to the USA.

From 1st January 2013, the new Senior Presiding Judge will be Lord Justice Gross and the Chairman of the Special Immigrations Appeal Commission will be Mr Justice Irwin.

The annual report for 2011-12 of the Court of Appeal (Criminal Division) has been published.   The Court continues to be concerned by the long and short term issue of the way in which modern technology will impinge on trial by jury. There have been an increasing number of cases in which grounds of appeal against conviction have featured allegations of jury impropriety relating to the misuse of technology. This is a matter that will require close attention over the coming year to ensure the continuing integrity of the jury system.

The Joint Committee on the Draft Communications Data Bill - (labelled a "snooper's Charter") - has published a report arguing that the draft bill must be narrowed in scope.  The Committee considered that Clause 1 which gives the Home Secretary sweeping powers to order retention of any kind of communications data by any communications service provider is too wide. Only if the clause is narrowed, and safeguards put in place to prevent an abuse of power, would the privacy of UK citizens be maintained. It also says that there must be much better consultation with industry, technical experts, civil liberties groups, public authorities and law enforcement bodies before a new Bill is introduced. The full report can be read here and the press release here.

Succession to the Crown Bill:

The government has published its Succession to the Crown Bill which will alter the law so that succession does not depend on gender.  The bill also removes the disqualification arising from marriage to a Roman Catholic.  The bill also reforms the law relating to the Queen's consent being required for certain marriages.  Certain historic legislation will be amended including the Treason Act 1351 and the Bill of Rights 1688.


The Justice Committee has now published its report on the draft Children and Families Bill – to be introduced early 2013 – click here.

The Scottish government has published a draft Marriage and Civil Partnership (Scotland) Bill which is open for consultation.  South of the border, the Prime Minister is being warned that "gay marriage" will split the Conservative Party in two - The Independent 10th December.

The High Court is to hear the Attorney-General's application for new inquests for those who died as a result of the Hillsborough tragedy.  The hearing - subject to any applications from interested parties to adjourn - is set for 19th December.  Writing on Halsbury's Law Exchange, barrister Michael Uberoi questions whether the procedures adopted by the Hillsborough panel were fair.