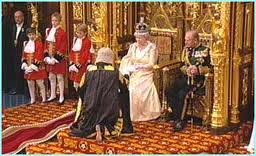 "The independence of the judiciary is something which is precious to every single member of the community" - Sir Igor Judge in evidence to Parliament 1st May 2007.

Now that Mr Grayling MP has been appointed Secretary of State for Justice and Lord Chancellor, he may well be tempted to "hit the ground running" and "engage in out of the box thinking" so as to take justice "to the next level" as people sometimes say in modern management jargon.  "At this point in time", the policies which Mr Grayling will pursue remain to be revealed and, as yet, I am not able to even offer "a heads up" view of what they might be but I guess that we won't be waiting too long for some of them to emerge from the Ministry of Justice.  However, writing more in hope than actual expectation, I would urge Mr Grayling to consider a few matters before he gets stuck in to his duties.

1.  A reminder of what was said many years ago to King James I of England (VI of Scotland) in the famous case of Prohibitions del Roy 1607.     Chief Justice Coke said - " .... law .... requires long study and experience, before that a man can attain to the cognizance of it ...."

It will be imperative that
Mr Grayling engages with lawyers and civil servants who are able to offer him sound legal judgment as to the likely impact of his policies.  Changes in one area frequently have serious consequences elsewhere and justice policy requires careful consideration and analysis before action.  The process can appear to be slow but better that than knee jerk reactions and hasty policy implementation.  In particular, I would also urge extensive and genuine public consultation on policy matters.

Section 1 -  The 2005 Act does not adversely affect (a) the existing constitutional principle of the RULE of LAW or (b) the Lord Chancellor's existing role in relation to that principle.  What is entailed in the Rule of Law is well considered in a report by the House of Lords Select Committee on the Constitution - "Relations between the Executive, the Judiciary and Parliament."  The Rule of Law is referred to in paragraphs 23 to 26 and the report emphasises that the rule of law includes both national and international law.  The Lord Chief Justice (then Lord Phillips) told the committee that  “it is the role of the judiciary, in practice, to uphold the rule of law, to apply the rule of law, to enforce the rule of law, and to do that they have to be independent of outside influence. Insofar as it is the Lord Chancellor’s job to uphold the rule of law, this must be very largely a job of ensuring that our independence is observed."  (My emphasis).

Section 3 - Here is to be found the Lord Chancellor's statutory duty to uphold the independence of the judiciary.  It is worth noting here that judiciary includes the judiciary of international courts such as the European Court of Human Rights and the Court of Justice of the European Union.

Here are the key elements in section 3:

(1) The Lord Chancellor, other Ministers of the Crown and all with responsibility for matters relating to the judiciary or otherwise to the administration of justice must uphold the continued independence of the judiciary.

(4) The following particular duties are imposed for the purpose of upholding that independence.

(5)  The Lord Chancellor and other Ministers of the Crown must not seek to influence particular judicial decisions through any special access to the judiciary.

(6)The Lord Chancellor must have regard to -

(a) the need to defend that independence;

(b) the need for the judiciary to have the support necessary to enable them to exercise their functions;

(c) the need for the public interest in regard to matters relating to the judiciary or otherwise to the administration of justice to be properly represented in decisions affecting those matters.

(a) the Supreme Court;
(b) any other court established under the law of any part of the United Kingdom;
(c) any international court.

The new Lord Chancellor will have to swear an oath to uphold the independence of the judiciary - see 2005 Act section 17.

3.  The Concordat of January 2004 - In 2003, there was considerable concern about the impact of changes planned by the Blair government and these resulted in the Lord Chief Justice of the day (Lord Woolf) and the Lord Chancellor (Lord Falconer) reaching a Concordat.  To some extent, the concordat has been overtaken by the 2005 Act but it remains essential reading for any new Lord Chancellor and it may still have relevance in  many areas.

4.   Speech in 2006 by Mr Justice Beatson - Speaking at Nottingham Trent University in April 2008, Mr Justice Beatson delivered a speech entitled  Judicial Independence and Accountability: Pressures and Opportunities.  The whole speech is well worthy of study and, in particular, for what is said about the rule of law and the role of the Lord Chancellor.

No doubt there is much more for any new Lord Chancellor to read and I have no idea what form of "induction training" (if any) the new Lord Chancellor will receive.  I certainly hope that Mr Grayling takes the trouble to read the above reports and speeches.  As Sir Igor Judge (then President of the Queens Bench Division and now Lord Chief Justice) said to the Lords Select Committee:


" ... judicial independence and the proper funding of the judiciary is actually something that belongs to the community. We do not sit in judgment in flummery saying, ‘judicial independence for our own sake.’ The independence of the judiciary is something which is precious to every single member of the community. You must be able to go into court and know that the person sitting in judgment is neutral - not on one side or  the other - coldly applying the law that applies to your case. So although people sometimes think that when we defend judicial independence we are simply defending our own corner … that is not the case - we simply are not. The issues which arise here are of great importance to every member of the public”

*** Additional Moves at the Ministry of Justice ***

Jonathan Djanogly MP - who, along with Kenneth Clarke, was particularly keen to see the removal of civil legal aid from many areas of law has gone to the backbenches.  See The Virtual Lawyer (Steve Cornforth blog) - Clarke and Djanogly out: what next?  The Virtual Lawyer blog states - "The recent Cabinet re-shuffle has seen the removal of Ken Clarke as Justice Secretary and Jonathan Djanogly as Justice Minister. They have been the architects of the Legal Aid Sentencing and Punishment of Offenders Act (LASPO) which has seen the most brutal cuts in Legal Aid in history, alongside relentless attacks on personal injury victims and their lawyers."

Nick Herbert MP has left the government at his own request.