Hillsborough ~ a duty of candour? 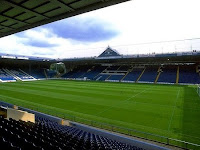 The aftermath of the Hillsborough stadium disaster of 15 April 1989 continues 32 years after the disaster.

The trial of two former Police Officers and a former solicitor ended when the trial judge - Mr Justice William Davis - ruled that there was no case to answer. The reasons for that decision are set out in the judge's own Ruling on submissions of no case to answer and were considered in this previous post.

stated that it did not intend to appeal the judge's ruling, a statement by the CPS issued after the case ended commented - "That a publicly funded authority can lawfully withhold information from a public inquiry charged with finding out why 96 people died at a football match, in order to ensure that it never happened again - or that a solicitor can advise such a withholding, without sanction of any sort, may be a matter which should be subject to scrutiny."

That view was echoed by Jacob Rees-Mogg MP (Leader of the House of Commons) in response to a question by Maria Eagle MP - Hansard 27 May 2021.

The final criminal trials relating to the 1989 Hillsborough disaster collapsed yesterday, 32 years after 96 wholly innocent children, women and men were unlawfully killed by the negligence of others, primarily the South Yorkshire police, who should have been protecting them. No one responsible has been held accountable by our criminal justice system for those deadly failures. This catastrophic failure of justice seriously compounded the grief, pain and anger of the families, who yet again yesterday had to endure hearing on national media outlets the very slurs that the police statements at the heart of this prosecution were being changed to promote, namely that the Liverpool fans attending the match caused the disaster, something that has been utterly and comprehensively disproved by the 2016 inquest verdict.

Does the Leader of the House accept that the law now needs to be changed to prevent this utter failure over three decades from ever happening again to any families bereaved by public disasters? There will be more families bereaved by public disasters. Will he arrange a statement from the Lord Chancellor and a debate in this House, so that those of us who have proposals to stop this kind of thing ever happening again, for example in the public advocate Bill and the public authority accountability Bill, can again bring them to the House?

The hon. Lady is so right to raise this matter. It is the greatest scandal of British policing in our lifetimes, and the pain is still with those families. The thought of the number of children who were killed is something that makes the whole House grieve. When nobody is held to account for that, it surely indicates that something has gone wrong in our criminal justice system. The hon. Lady is therefore right to say that we must do things that make sure this never happens in future, because though there may be nothing further that can be done in the criminal justice system now, we cannot allow this ever to happen again and have no accountability not just for the terrible events that happened but for the wickedness of the cover-up. The hon. Lady is so right to highlight the cruelty of blaming the families for the misery that was inflicted upon them.

I will of course take forward any ideas the hon. Lady has to the Lord Chancellor. I will seek to get replies to any questions she may have. I cannot, as she knows, immediately promise Government time, but she knows there are other ways of getting debates going in this House. It is worth remembering the early success of the Backbench Business Committee in having a debate on Hillsborough in about 2010, which helped to at least get some answers, if not necessarily the full legal conclusion that many would have liked and felt would have been just.

In 2016, the jury at the inquest answered 14 questions. Question 6 concerned unlawful killing -Are you satisfied, so that you are sure, that those who died in the Disaster were unlawfully killed?  7 of the 9 jurors answered YES to this question.

Despite that finding, only one individual has been found guilty of a criminal charge. In 2019, Mr Graham Mackrell, a former Sheffield Wednesday club Secretary, was sentenced to a fine of £6,500 and costs of £5,000 for an offence under Health and Safety legislation. He was accused of failing to take reasonable care to ensure that the turnstile allocation and ticketing arrangements for the Leppings Lane end of the Hillsborough stadium did not result in large crowds building up - CPS 13 May 2019.  .

On 28 November 2019, in the Crown Court at Preston (Openshaw J and a jury), former Chief Superintendent David Godfrey Duckenfield was acquitted of the gross negligence manslaughter of 95 people who died as a result of the events at Hillsborough Stadium, Sheffield on 15 April 1989. Duckenfield was Police "match commander" on the day.

In an article published on the website of Hudgell Solicitors, Mr Terry Wilcox, a solicitor who was involved in the Hillsborough inquest, noted the ruling of Mr Justice William Davis and argued that the "Hillsbrough law" must be brought back to Parliament..

"Mr Justice William Davis concluded the police officers had no legal duty to provide the whole truth “warts and all” to the 1989 public inquiry into the disaster and that amending statements had not been a crime.

This was because the law states that, as an authority, officers of South Yorkshire Police were within their rights to choose what information to give to the inquiry and what to leave out, as long as it was not misleading.

The law remains the same now."

Mr Wilcox continued - "There is currently no duty on a public authority to tell the truth at inquiries, meaning they are able to hide material or alter material which is detrimental to institutional reputation."

"It is wrong and brings us to the issue of the Hillsborough Law, a legacy project of the Hillsborough families to introduce a new law which would make it a legal duty for public institutions to tell the truth in proceedings, investigations and inquiries, and to act with candour and frankness.

Officials would be fined or imprisoned for failing to do so, or for feeding misleading information to the media.

The proposed new law was introduced into Parliament in March 2017 and received cross-party support at its first reading. It never progressed to become law though as it failed to go through a second reading before the Government called a general election.

It is a matter which needs urgent review and is extremely important for any current Public Inquiries (Manchester and Grenfell) but also of course any future Inquiry into the Government’s handling of the Covid pandemic.

Public Inquiries are in place to ensure the truth is uncovered and crucial lessons learned. That simply can’t be achieved when state bodies are allowed to pick and choose the evidence they provide."

See also the Justice Committee report of 27 May 2021 - The Coroner Service - at paragraphs 76 to 81. The Committee noted a "disappointing" failure in some cases by health and social care bodies to fulfil their duty of candour to bereaved people during coroners' investigations and inquests. The Committee called upon the Ministry of Justice to amend the Coroners' rules to make ti clear that the duty of candour extends to the Coroner Service. The government should also consider whether a siumilar duty to be candid at inquests should be extended to all public bodies.

The Guardian 28 May - Hillsborough families' ordeal has ended in an insult: no one is accountable

31 May - The Guardian - The collapse of the last Hillsborough trial shows our legal system is broken - an article by Andy Burnham (Mayor of Greater Manchester and former MP).

and see Public Authority (Accountability) Bill presented to Parliament in April 2017.
According to an article in The Guardian 4 June 2021 - 'Judicial' Hillsborough inquiry questionnaires cast doubt on trial ruling - after the disaster, witnesses were sent questionnaires with the heading "Lord Justice Taylor's Judicial Inquiry into the Hillsborough Football Disaster."
Further furore:

Jonathan Goldberg QC spoke to Adrian Chiles on BBC Radio 5 Live on Wednesday after his client Peter Metcalf, who was a solicitor for South Yorkshire Police in 1989, was cleared of perverting the course of justice following the disaster.

Chiles later apologised for failing to challenge the barrister on “evil nonsense”.

In a statement published on his website on Thursday, Mr Goldberg said his remarks had been “taken out of context and badly misunderstood”.

During the interview with Chiles, Mr Goldberg said: “My client was accused of covering up criticism of the police.

“What he in fact did was cut out criticism of the Liverpool fans, whose behaviour was perfectly appalling on the day, causing a riot that led to the gate having to be opened, that unfortunately let the people in and crushed to death the innocents as they were – complete innocents – who were at the front of the pens, who had arrived early and were not drunk and were behaving perfectly well.”

The comments that the fans' behaviour was "perfectly appalling" and the use of the word "riot" only added insult to injury for the bereaved families. Such allegations had been compehensively dismissed by both Lord Justice Taylor's original inquiry and also by the inquest jury's determinations in 2016.

The Guardian 28 May noted that - "The mayors of Greater Manchester and the Liverpool city region have formally complained to the Bar Standards Board about comments by a QC appearing to blame misbehaviour by Liverpool supporters for the Hillsborough disaster."

On 28 May, Mr Goldberg published a further statement which may be read via his website. Mr Goldberg said -

"I must be crystal clear. Obviously I was not clear in my answers to Mr. Chiles. I was referring to the evidence which my client had cut in 1989 thus disproving the allegation of cover-up which has dogged him over so many decades.

Nobody who was in court, or who reads my opening speech with care even now, should be in doubt about my meaning. In that speech I quoted only a small part of the police evidence against the Liverpool fans from 1989. There was far more in the same vein which Mr Metcalf had advised to exclude likewise.

In recent days, I have been humbled to correspond with some survivors and family members who have explained to me with complete courtesy and patience, why my words caused them pain. I have explained in turn it was never my wish or intention.

I was simply trying to explain on the radio why my client’s acquittal was no “disgrace” as trumpeted by the Mayors, but actually a sound legal and moral verdict on the evidence.

I apologise again unequivocally for the pain my words unintentionally caused these good people. My offence lies in not making it clear that I was referring to actual evidence heard at the Metcalf trial, which my client to his credit had cut in 1989. I was not endorsing it."