Reforming the role of magistrates 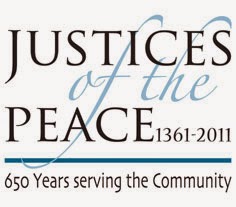 This morning I draw attention to an article in Modern Law Review (November 2014) - Reforming the role of Magistrates: Implications for summary justice in England and Wales

The article may be obtained (£) from the Wiley Online Library.  The Library website offers the following introductory paragraph.


"The role of lay magistrates in England and Wales has been progressively undermined by protracted processes of reform over the last two decades. Current government proposals aim to reorient and ‘strengthen’ their function through the creation of new magisterial responsibilities such as oversight of out of court disposals and greater involvement with local justice initiatives. This article argues that while these proposals embody necessary and important areas for reform, taken in isolation they will fail to consolidate the role of magistrates in summary justice unless they are enacted alongside other measures which aim to reaffirm the status of lay justices, and which seek to reverse the trend which has prioritised administrative efficiency at the expense of lay justice. Rapidly declining magistrate numbers together with continuous (and continuing) programs of court closures are irreconcilable with the future viability of a lay magistracy."

Some of the "reforms" have included:


There can be little doubt that the above reforms have contributed to reducing the numbers of magistrates and making the role less attractive to good candidates as an important form of public service.   After all, no good candidate would wish to give their valuable time if there was little to do when they got to court.

One suspects that, due to financial cuts, the amount of training offered to magistrates has been reduced from what it was up to around 5 years ago.  If so, that is a great pity.  Magistrates and, more particularly, those authorised to Chair a court ought to receive adequate training on matters such as new legislation etc.  Such training is best delivered by their legal advisers.

Some earlier posts touching on Justices of the Peace are Explaining our Law and Legal System - No.5 - Magistrates (20th June 2011) and Magistrates' Courts - Sharing the Burden (11th January 2013).