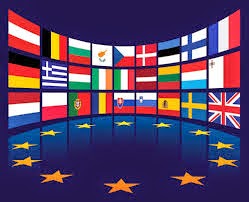 Update 11th November:  The Criminal Justice and Data Protection Regulations were approved in the House of Commons. This completed the transposition into domestic law of 11 of the 35 measures that the government wished to retain.  The debate was dogged by procedural tactics and, to the annoyance of many MPs, there was no separate vote on the European Arrest Warrant even though there had been political assurances in advance that there would be.  Nevertheless, legally, a vote was not required on opting back into the EAW and so it will remain in force in relation to the UK.

On Monday 10th November, the House of Commons will vote on a package of EU measures and one concern is whether the European Arrest Warrant (EAW) will continue to have force in the UK- BBC News 6th November 2014.   This is to be part of a one day debate relating to the opting out by the UK of some 110 EU Police and Criminal Justice measures and the opting back into 35 including the EAW - please see the post on 5th September.

There are good reasons why the EAW should be retained and these are succinctly stated in a letter sent to The Telegraph by a considerable number of notable lawyers who argue that "there is no credible alternative."  The same point is made in a post on the Head of Legal blog.

It is very significant that, in a news item issued on 6th November , Fair Trials International argue that the need is to reform aspects of the EAW rather than tear it up.  Fair Trials International do not share the pessimistic view that EU-wide reform of the warrant is not possible.  They also point out that new safeguards against injustice were introduced into the UK’s extradition arrangements with the rest of Europe by the Anti-Social Behaviour, Crime and Policing Act, which received Royal Assent to become an Act of Parliament on 13 March - (see Part 12 of that Act).

The European Scrutiny Committee considered the opt outs and, in October 2013, issued its 21st report and the government's response was issued in March 2014.

It cannot be said that the politicians have made it easy for the public to see precisely what is being opted into and, for that matter, what will be opted out of.  One straightforward publication is this Commons Standard Library Note dated 15th July 2013 which considers, as things stood at that date, the bloc opt-out and selective opt-back-ins.    See also Cm 8671 - July 2013 - Decision pursuant to Article 10 of Protocol 36 to the Treaty on the Functioning of the EU - a list of the opt-ins appears at pages 8 to 12.