A few items of interest ... 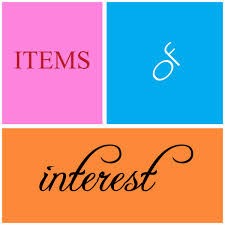 1. Severe cuts to legal aid have taken place in England and Wales.  The impact of these cuts is certainly being felt by many people who need access to law and must now try to fight their own case amid the thicket of law or, alternatively, who must simply give up the fight against the more powerful opponent with deeper and often publicly funded pockets.  In a report by the National Audit Office, the Ministry of Justice has been accused of slashing legal aid without understanding the impact of the cuts.  According to the National Audit Office, the £300m cuts to legal aid ‘cannot be said to have delivered better overall value for money for the taxpayer’.
The report's conclusions are not surprising
but then again the cuts were, I believe, more to do with political ideology (to remove access to justice for people) rather than the economic downturn.

3. BabyBarista blog has this interview between Lord Bingham of Cornhill and Shami Chakrabarti

4. On Criminal Law and Justice, Simon Tabbush looks at options for reforming Offences against the Person.  At the request of the Ministry of Justice. this topic is currently under review by the Law Commission - see earlier post.

5. Few would doubt that the statute book (i.e. the immense volume of legislation) is a mess.  Amendments are piled on  top of amendments and attempts by the legislature to tidy things up are rare.  One method - certainly used in the past - was the enactment of a Consolidation Act to bring together in one Act all the legislation relating to some particular topic.  Such Act are nowadays rare.  The Will Macgregor blog suggests that there be a general power for Ministers to consolidate Acts by using Statutory Instruments instead of having to enact a Consolidation Act.  An idea worthy of consideration I would have thought.
Posted by ObiterJ at Saturday, November 22, 2014