Transforming legal aid ~ Reaction ~ A few of the Tweets 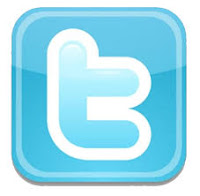 In no particular order, just a brief sample of the tweets which have appeared regarding the government's revised legal aid proposals.

The revised proposals may be read HERE and are open for consultation but only until 18th October 2013.


If the majority of Criminal Legal Aid Firms have a profit margin of 6% at best it doesn't take a genius to work out that 17.5% cut =curtains
— Tim Thomas (@TimothyThomas79) September 6, 2013


The abolition of legal aid for children in prison will give a blanket of secrecy to child abuse, says @francescrook: http://t.co/oMEwGhBEUZ
— CaoilfhionnGallagher (@caoilfhionnanna) September 5, 2013


@Queenofjustice Grayling lives off public money & he's having a handsome rise. The cuts are an affront & no one should contemplate accepting
— Michael Auty QC (@MichaelAutyQC) September 5, 2013


Now had a look at #FailedGrayling 's new deal; 17.5% off already unprofitable work & 30% off the bit that kept us solvent. #SaveUKJustice
— Trevor Francis (@TopFraudLawyer) September 5, 2013


What we think about Govt response on #legalaid: key message: we won't give up the fight, this campaign is not over http://t.co/eeaUJ8mV0j
— YoungLegalAidLawyers (@YLALawyers) September 5, 2013