Civil Aviation Safety in the UK 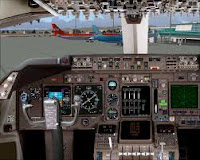 The Daily Mail 12th August published an item concerning the Irish airline Ryanair - Ryanair pilots 'bullied into silence over safety...'   I have no idea whether the allegations in the article are true, partially true or false.  Given that any allegations concerning operational safety must be taken very seriously, Ryanair may well have to defend its position.   Ryanair is based in the Republic of Ireland.  The airline's website sets out the names of the Directors and, it should be noted, that the airline has an Air Safety Committee chaired by a Director who was formerly Chief Pilot of Aer Lingus.  The airline's Chief Executive Officer is Michael O'Leary.  Mr Leary is also a Director.

On an international scale, the International Civil Aviation Organisation (ICAO) was set up in 1944 to set down standards and recommended practices for civil aviation.  ICAO is a specialised agency of the United Nations and promotes the safe and orderly development of international civil aviation throughout the world. It sets standards and regulations
necessary for aviation safety, security, efficiency and regularity, as well as for aviation environmental protection. The Organization serves as the forum for cooperation in all fields of civil aviation among its 191 Member States.  The UK and Ireland are both ICAO member States.   Most Member States have some form of national aviation authority tasked with the practical implementation of international aviation policy and procedures.  In the UK it is the Civil Aviation Authority (CAA) which owes its existence to the Civil Aviation Act 1971.  The powers of the CAA are those granted to it by various Acts of Parliament - listed here.  In Ireland it is the Irish Aviation Authority.  There is also a European Aviation Safety Agency (EASA) established by the European Union.

Within the UK it is the CAA which issues a UK airline with its Air Operators Certificate (or AOC).   The CAA is also responsible for licensing of aerodromes and for personnel licensing such as pilots, air traffic control officers etc.  One aspect of being granted an AOC is that the operator must have in place a suitable safety management system and the UK CAA Safety Regulation Group gives guidance on this.  A well run safety management system would encourage personnel to raise safety concerns and to have them dealt with adequately by the company management.

Individual licensed personnel are required by law to submit Mandatory Occurrence Reports.  The objective of the MOR Scheme is to contribute to the improvement of flight safety by ensuring that relevant information on safety is reported, collected, stored, protected and disseminated. The sole objective of occurrence reporting is the prevention of accidents and incidents and not to attribute blame or liability.  The MOR scheme is fully described in CAP 382 - The Mandatory Occurrence Reporting Scheme. This document collates the relevant rules and regulations and provides guidance on occurrence reporting, including examples of what should be reported and by who.

UK Legislation on the CAA MOR Scheme is contained in Article 226 of the Air Navigation Order 2009 (ANO) and Part 5 of the Air Navigation (General) Regulations 2006.  The ANO implements in the UK, Directive 2003/42/EC of the European Parliament and of the Council of 13 June 2003 on occurrence reporting in civil aviation.  The legislation concerning the release of information supplied under the CAA MOR Scheme is contained in Regulation 9 of the CAA Regulations 1991.  Quite apart from the Directive mentioned above, which has been implemented by Article 226 of the ANO, there are a number of EU Regulations which contain occurrence reporting requirements. These are directly applicable within the UK and take precedence over national legislation.

As can be seen, civil aviation is governed by a complex network of law and practice which seeks to encourage all personnel to participate fully in safety and which also requires certain events to be reported formally via the MOR scheme.

Commission Regulation (EU) 965/2012 - see CAT.OP.MPA.150 (Fuel Policy).  The operator shall establish a fuel policy for the purpose of flight planning and in-flight replanning to ensure that every flight carries sufficient fuel for the planned operation and reserves to cover deviations from the planned operation. The fuel policy and any change to it require prior approval by the competent authority.  Note also that the Cat.Op. specifically refers to an aircraft carrying, in addition to other specified fuel requirements, 'extra fuel as required by the commander of the aircraft.'

Flight time limitations - professional aircrew are subject to flight time limitations.  EASA is proposing changes which are being met with opposition from aircrew - European Cockpit Association.  Also see BALPA for a comparison table between UK and the proposed EASA rules.  Further information at Flight Duty Times.

Apology in High Court - 20th November 2013 - The Independent has apologised to Ryanair over a story from 7 August headlined “Low-fuel flights put lives at risk”.  The article claimed that the budget airline “restricted  the amount of fuel [their aircraft carry] to the legal minimum’.

According to a statement agreed between the two parties and read out this morning at the High Court:
“In fact, Ryanair pilots are permitted to carry as much extra fuel, over and above the flight plan fuel (which already includes extra fuel), as they consider necessary.”