Should imprisonment be abolished for pure property offences? 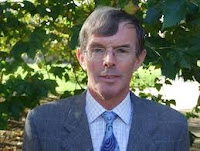 Professor Andrew Ashworth is the Vinerian Professor of English Law at Oxford University. In a pamphlet published by the Howard League for Penal Reform, Professor Ashworth expresses the view that imprisonment should be reserved for those who commit crimes of a violent, sexual or threatening nature - BBC 14th August and Howard League Press Release 14th August.    The press release notes:

“We should be reserving our most severe form of punishment for our most serious types of offending. Should someone be sent to prison and deprived of their liberty for an offence that involves no violence, no threats and no sexual assault? Instead, the priority should be to deal with such offences in the community, giving precedence to compensation or reparation for the victim and, where the offence is sufficiently serious, imposing a community sentence.”


“When it comes to crimes like theft and fraud, victims are losing out from a justice system that too often prioritises putting the perpetrator behind bars rather than returning people’s stolen property and providing much needed compensation. This can be achieved through fines and compensation orders, as well as community sentences, which produce a much lower rate of reoffending than prison at a fraction of the cost. At a time when all areas of public finance are stretched, threatening schools, hospitals and the police, it’s time for our politicians to make some tough decisions on exactly who should be sent to prison.”

The full pamphlet is part of a 'What if?' series published by the Howard League in conjunction with the Mannheim Centre at the London School of Economics.  The pamphlet may be downloaded from  HERE but you are asked to register first.  In the paper, Professor Ashworth proposes that imprisonment should not be imposed as a sentence for property offences. His argument is that the deprivation of liberty is a disproportionate response for an offence that deprives people of their property. He limits his proposition to ‘pure property offences’, and excludes those that are violent, threatening or sexual. The paper considers fines and community sentences as alternative sentencing options, and emphasises the importance of creating a system where community sentences are regarded as a form of hard penalty that punishes the perpetrator for their offence, as well as having sufficient rehabilitative content. In essence, the paper argues for fair and proportional sentencing, which, if the proposal were adopted, would have far-reaching consequences for the penal system, and a significant impact on the size of the prison population in England and Wales

As might be expected, Professor Ashworth's report is elegantly argued.  It certainly merits a full reading and, from outset, he admits that there may have to be exceptions to his general theme.  His argument is essentially confined to what he refers to as 'pure property offences' and he therefore accepts that imprisonment should at least be considered for cases of robbery, blackmail and burglary.

A harsh reality is that there is little respect in some quarters for fines where huge sums go unpaid.  Also, is the impecunious thief going to be able to pay a fine?  Community sentences may be imposed if the offence is 'serious enough' (Criminal Justice Act 2003 s148).  A community sentence will often contain one or more orders made under the Criminal Justice Act 2003 s.177.   A considerable range of 'orders' are available.  One of the most commonly imposed orders is for unpaid work - (CJA 2003 s199).  Unfortunately, breaches of such orders occur all too often and, as a final resort, it may be necessary for the court to order imprisonment.  For enforcement powers see CJA 2003 Schedule 8.

The BBC report notes that a spokesman for Victim Support said the type of crime was not a reliable indicator of the impact an offence had had on a victim.  "It would be hard for community sentences to retain public confidence if offenders knew they could keep committing certain types of crime and never be jailed," he said.  "It is essential when passing sentence that judges and magistrates can take into account the full facts of the case - including the impact on the victim - not just the nature of the offence."

Justice Minister Damian Green said: "People who commit these crimes devastate lives and cause untold misery in our communities. This government has no intention of changing the law to prevent judges sending them to prison. It is right they have the full range of sentencing options available to them."

Sentencing guidelines for Magistrates' Courts are issued by the Sentencing Council.  Sentencing for 'shoplifting' is at page 103a.  It will be seen that imprisonment is unlikely unless the theft has particularly serious features such as significant intimidation or threats.