Royal concerns over the Succession to the Crown Bill 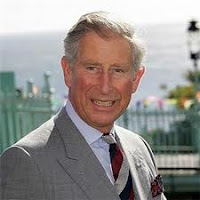 In 2011, it was announced that agreement had been reached with those countries where HM The Queen is Head of State that the law would be amended so that succession to the Crown will not depend on gender.  The announcement followed the Commonwealth Heads of Government Meeting held in Australia.

See the Succession to the Crown Bill which had its 1st reading in the House of Commons on 13th December 2012.  As Bills go, this is a short one: a mere five clauses and one schedule.  The Bill, as introduced in December 2012, may be read here.

Clause 1 - will remove the ancient rule of  male primogeniture and make succession to the Crown no longer dependent on gender.  Clause 2 - removes the bar on succession to the Crown  as a result of marriage to a Roman Catholic.  Clause 3 - requires the Sovereign to consent to a marriage by a person who, at the time of the marriage, is one of the 6 next in line of succession to the Crown.  The Bill does NOT seek to alter the rule that the Sovereign must be in communion with the Church of England and therefore the government argues that the proposed changes to the rules of succession do not affect the role of the monarch as Supreme Governor of the Church of England.

It appears that
HRH The Prince of Wales has expressed certain concerns over aspects of this though, reports emphasise, he supports the general idea that succession should not depend on gender.  The concerns are set out in the lead article in The Daily Mail 7th January 2012 and see also Telegraph 7th January.   The Mail's article indicates that Prince Charles believes that altering the rules could have 'unintended consequences' that have not been properly considered.

One issue noted by Prince Charles relates to a future heir to the Crown marrying a Roman Catholic.  Interestingly, his concern was also raised in the Political and Constitutional Reform Committee's 11th report on Rules of Royal Succession which reported in late 2011 stating - 'Catholics are normally obliged under canon law to bring up as Catholics any children from an inter-faith marriage. The proposal thus raises the prospect of the children of a monarch being brought up in a faith which would not allow them to be in communion with the Church of England. This would prevent them from acceding to the throne.'


The Committee noted that this requirement of canon law can be waived by the Pope, although it also noted that some other religions impose similar requirements.

It is reported that Prince Charles was informed, by Richard Heaton (Permanent Secretary to the Cabinet Office), of the possibility of resolving such problems by negotiation with the Vatican and it is said that he found this "unsatisfactory and unconvincing".   One wonders how the possibility of the Vatican having some say in whether a particular individual might be able to succeed to the British Crown is likely to sit with people in some parts of the British Isles.

The Queen has an undoubted right to be consulted, to encourage, and to warn as Walter Bagehot (1826 to 77) put it.  The views of Her Majesty are unknown to the public.  However, Prince Charles is right to express his concerns at future possibilities as he sees them.

The legislation also does not address the question of titles customarily given to the Sovereign's eldest son - i.e. the Duchy of Cornwall, Prince of Wales etc.  What would be the position where the Sovereign's first born was a daughter?

The government's bill has not been the subject of any public consultation and, within Parliament, there appears to be only the Political and Constitutional Reform Committee's 11th report on Rules of Royal Succession.   The 11th report referred to one of the very problems now being raised by Prince Charles.  It looks as though the government's rush to legislate has blinded them to addressing an already identified issue and which might become a future significant constitutional issue.

The 11th report welcomed the changes and stated: - 'The changes being proposed are modest, but they will remove two elements of discrimination in determining the succession to the throne, while maintaining its traditional hereditary character.'

A very detailed House of Commons Research Paper (RP 12/81) may be accessed via this link.

Once the Bill is passed, it will come into force on a date to be coordinated with all the other "realms" of which HM The Queen is Head of State.  Those other States will have to amend their own laws relating to the succession.