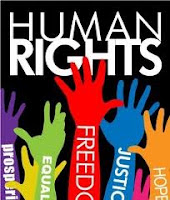 The effect of a declaration is to put the government on notice that the court considers that there is an incompatibility between the legislation and Convention rights.  This enables the government and Parliament to decide whether to address that incompatibility and, if so, how.  Parliament is not bound to make any changes.  It could choose
to leave matters just as they are.  If that course is taken then there is the possibility that the matter might eventually be raised in the European Court of Human Rights.  If Parliament opts to make changes then the HRA has a 'fast-track' procedure - section 10.  It is important to note that, when a declaration of incompatibility is made, the legislation is not in any way invalidated.  It continues in force and may continue to be enforced.

The declaration of incompatibility permitted by the HRA has permitted the courts to clearly state their view on the legislation but has also retained Parliament's right to make any legislation.  The courts have not been handed a weapon to 'strike down' legislation in the way that, for example, the Supreme Court of the United States may find that legislation is unconstitutional - (see here).

Two recent decisions of the Court of Appeal:

Two judgments of the Court of Appeal (Civil Division) illustrate the process.  In one case the court made a declaration of incompatibility and in the other refused to do so.

The court issued a Declaration of Incompatibility to the effect that the Enhanced Criminal Records Certificate scheme under the Police Act 1997 was, in certain respects, incompatible with Article 8 ECHR.  A detailed look at this case is on the Panopticon blog.   When T was 11 years of age, he received two warnings from the Manchester Police in connection with two stolen bicycles. He is now 21 years of age. Apart from these police warnings, he is a man of good character. He believed that his warnings were spent. But he was disabused of this in 2008 when (aged 17) he sought a part-time job at the local football club. The club requested an ECRC which revealed the warnings. Following representations, the police agreed to "step down" the warnings. A "stepped down" conviction or caution was one to which only the police had access and which was not disclosable to third parties.

T's case is considered by the court at paras. 28 to 69 of the judgment.  The court concluded (69) that it was satisfied that, in certain respects, the disclosure provisions of the 1997 Act were incompatible with Article 8.  It was for Parliament to devise a proportionate scheme.  T was entitled to a declaration of incompatibility.

The case was argued in the Court of Appeal on 26th and 27th November 2012 with judgment delivered on 29th January 2013.  It appears that the court delayed handing down the judgment to give the Home Office time to prevent the implications of the ruling causing problems with criminal record checks - see  The Guardian 29th January 2013

A further notable point is that the court was willing to direct that the decision does not take effect pending determination by the Supreme Court of an application by the Secretaries of State for permission to appeal, provided that the application is made within 28 days from the date of the court's order. Thus, the court gave the executive considerable leeway.  Given the Home Secretary's inevitable 'disappointment' at any decision which does not go her way, an application for an appeal to the Supreme Court is inevitable.

Remember the late Brian Haw who camped out in Parliament Square, London in protest at the Iraq War? The Police and Social Responsibility Act 2011 Part 3 (in force 19th December 2011) s.143(1) was enacted to stop certain 'prohibited activities' in Parliament Square including 'camping.'  Gallestegui is a peace campaigner and, for the past 6 years, has carried out a 24 hour vigil in Parliament Square.  She challenged the legislation under Arts. 6, 10 and 11  and article 1 of Protocol No 1.

'The importance of the freedom to protest in Parliament Square is not in doubt. But the rights of others to use Parliament Square (for protesting as well as simply enjoying the space) are also important. If the effect of the 2011 Act had been to give the police and/or Westminster and the GLA the power significantly, to emasculate the freedom to protest then it might have been necessary to declare that the statute was incompatible with articles 10 and 11 of the Convention. But the statute is carefully targeted only at protests by those few who wish to set up camp in Parliament Square. The freedom to protest generally is not impaired at all.  .... it is possible to maintain a protest day and night without the use of a tent or similar equipment. For the reasons that I have given, the balance between the rights of the few protesters adversely affected by this legislation and the rights of others was struck by Parliament in a way which fell within the area of its discretionary judgment. For the same reasons, I believe that the ECtHR would hold that this exercise of judgment fell within the margin of appreciation of the UK. This is not a case for the grant of a declaration of incompatibility.'
Posted by ObiterJ at Wednesday, January 30, 2013